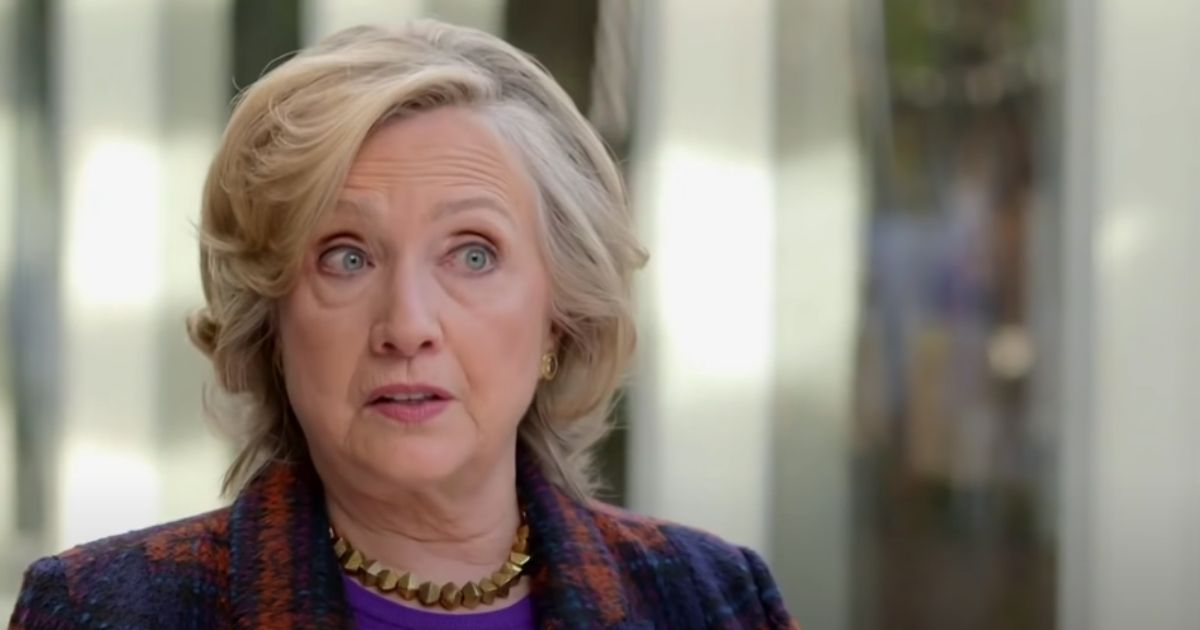 The following article, You Know Biden's America Is a Backward Nightmare When Hillary Clinton Is the One Bringing Good News, was first published on Flag And Cross.

Everyone has been wondering what the Democrats’ plan is for 2024.

Will they continue this “Weekend at Bernies” routine with President Joe Biden? Do they dare back Kamala Harris despite her tanking approval ratings? Will they bring back one of 202o’s failed candidates like Pete Buttigieg?

Thankfully, at least one possibility has been ruled out as of Sunday — Hillary Clinton won’t be making another run at the White House.

Clinton revealed as much on Friday during an interview with the Financial Times.

“No, out of the question,” Clinton said when asked if she planned on running again.

Maybe she actually learned her lesson this last time.

“First of all, I expect Biden to run. He certainly intends to run. It would be very disruptive to challenge that.”

If one had to hazard a guess, it seems likely that, another reason Hillary won’t run in 2024 is that, the last time she ran for president, Clinton suffered one of the most embarrassing election losses in presidential history.

This news does provide a silver lining as America suffers through its current Democrat-led disasters.

Gas prices may be up, our grocery store shelves may be empty but at least there’s no chance that Hillary Clinton will ever be our president.

After all, if the 74-year-old career politician doesn’t run in 2024, she’ll be 80 before getting another chance to run again.

This wasn’t the only good news to come out of the interview for Hillary haters and Trump fans.

After acknowledging her presidential aspirations were over with, Hillary went on to predict who would run for the Republican nomination.

She seemed sure former President Donald Trump would run again, quite possibly unopposed.

“I think if he can he’s going to run again,” she told the Financial Times.

“Follow the money with Trump — he’s raised about $130 million sitting in his bank account that he used to travel around, to fund organising against elections.”

“I don’t know who will challenge him in the Republican primary.”

It looks like, no matter what, Republicans will put forward a strong candidate in 2024. Whether Trump runs unopposed, as Hillary predicts, or if Gov. Ron DeSantis decides to throw his hat into the ring, the Republican party will have strong representation.

And, as an added bonus, no one will hear the words presidential candidate Hillary Clinton ever again.

Continue reading: You Know Biden's America Is a Backward Nightmare When Hillary Clinton Is the One Bringing Good News ...