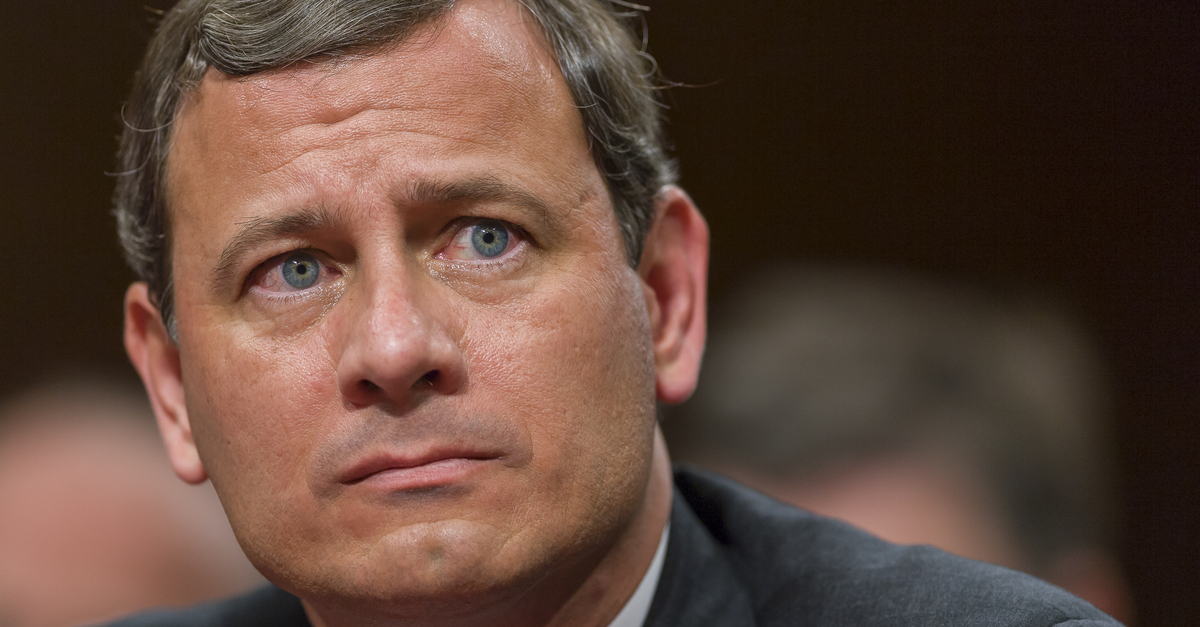 Sometime in the next two weeks, the Supreme Court is likely to rule on a potential overturning of the landmark Roe v. Wade decision. While many people are assuming it will be overturned, that is not a foregone conclusion.

According to a Sunday article from Politico, pro-abortion activists are keying in on Chief Justice John Roberts as a potential hope for a compromise.

In a separate article on May 2, Politico was the first outlet to break the news that a leaked opinion draft from Justice Samuel Alito indicated the court would vote to overturn Roe v. Wade.

Meanwhile, Politico said it was “unclear” how Roberts would vote.

In the new article from Sunday, Politico laid out the possibility of a compromise led by Roberts that would protect abortion in some capacity.

Politico said Roberts has historically taken the position that Supreme Court decisions should be narrow, and pro-abortion activists hope this philosophy could lead to a compromise. The outlet cited comments from Roberts at the University of Minnesota Law School in 2018 to make this point.

“I think judicial decisions should be narrower, rather than broader,” Roberts said. “Courts sometimes get in trouble when they try to sweep more broadly than necessary.”

Nevermind the fact that the Roe v. Wade decision itself is horribly written and broadened the issue of abortion to a federal one instead of leaving it to the states. Left-leaning outlets like Politico are now trying to twist Roberts’ affinity for narrow decisions into support for abortion.

The current abortion case before the court is Dobbs v. Jackson Women’s Health Organization, Politico reported. Lawyers for the state of Mississippi initially wanted the court to uphold a state law banning most abortions after 15 weeks, but they have since asked the court to overturn Roe v. Wade altogether.

Meanwhile, lawyers for the Jackson Women’s Health Organization were also unwilling to compromise. They said Roe v. Wade should be upheld and the Mississippi law banning abortions after 15 weeks should be struck down.

Roberts was seemingly the only one who took the middle ground, Politico reported. He said instead of viability outside the womb being a measure for when abortions are banned, the court should consider basing the time period for legal abortions on a reasonable time for a mother to make a choice.

“There is a point at which they’ve had the fair choice — opportunity to choice,” Roberts said. “Why would 15 weeks be an inappropriate line?”

“Because viability, it seems to me, doesn’t have anything to do with choice. But, if it really is an issue about choice, why is 15 weeks not enough time?”

In other words, Roberts felt the Mississippi law could be upheld without having to completely overturn the Roe v. Wade decision. At the time, pro-abortion activists were vehemently against the idea, Politico reported.

“A ‘reasonable possibility’ standard would be completely unworkable for the courts,” Center for Reproductive Rights lawyer Julie Rikelman said while arguing for the Jackson Women’s Health Organization. “It would be both less principled and less workable than viability.”

Yet now that abortion activists are staring down the possibility of a complete overhaul of Roe v. Wade, many have changed their tune. They now hope Roberts can craft a compromise along the framework he laid out that would restrict abortion without fulling overturning the previous opinion.

Even if he were to do so, Roberts would have to convince at least one other conservative justice to join him. Politico reported Justice Brett Kavanuagh may be the most likely target.

Still, most pro-abortion activists feel this possibility is a long shot. In fact, noted pro-abortion attorney Kathryn Kolbert said on a recent podcast there was “not a chance in hell” Roberts would be able to win over support for a compromise.

Pro-abortion activists are clearly reeling from their losses, and they have now gone from hating Roberts’ potential compromise to begging for it. One can only hope Roberts sees through this ploy and agrees to overturn the devastating Roe v. Wade decision for good.