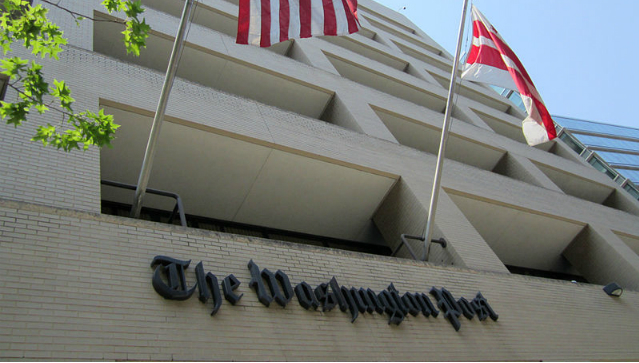 The following article, 'Libs of TikTok' Doxer Gets to Keep Her Job, But She'll Have to Get Used to Some New Working Conditions First, was first published on Flag And Cross.

The reporter who doxed the owner of the popular Twitter account “Libs of TikTok,” has faced some apparent repercussions from her work.

A report in The New York Times chronicling hard times and infighting in the newsroom of The Washington Post focused briefly upon internet culture reporter Taylor Lorenz.

One of Lorenz’s biggest claim to fame recently was the identification of the woman behind the Twitter account “Libs of TikTok,” which documents how radically dangerous contemporary leftists are.

After there was an outcry at what Lorenz did — widely known as “doxing” in the cyber world — the Post publicly affirmed its support for her.

But according to the Times summary of the fractious feuding taking place at the Post, Lorenz has since fallen under a cloud. She’s still going to be able to keep her job, but there are certain conditions.

The Times report said the issue began when Lorenz “tweeted that a miscommunication with her editor led to an inaccurate line in an article.” — namely that Lorenz had stated that two subjects of a story she wrote that was published June 2 had not responded to requests for comment, according to Fox News.

The Post at first corrected the statement without notifying readers, then published a correction, according to Fox. However, as Fox noted, the correction itself was botched, leading to Lorenz publishing a Twitter post on June 4.

Last Thursday, an incorrect line was added to a story of mine before publishing due to a miscommunication with an editor. I did not write the line and was not aware it was inserted. I asked for it to be removed right after the story went live.

We have a responsibility to recognize these bad faith campaigns for what they are and when these sorts of things do and do not warrant acknowledgment.

The Times report said that the wording of Lorenz’s tweets had been agreed upon by Lorenz and “multiple editors” before they were published.

But there was what appeared to be collateral damage.

Post Executive Editor Sally Buzzbee had offered a Post editor named David Malitz a promotion to run the newspapers’ features department, The Times report said, saying its information came from “one person with knowledge of the offer.”

But after the corrections issue, the offer – which Malitz had accepted – was taken away.

That led to accusations at a staff meeting that Buzzbee had damaged Malitz’s career.

“It is absolutely untrue that Taylor’s tweets had anything to do with management decisions,” Post spokesperson Kris Coratti told the New York Post.

But along the way, Lorenz was shifted from the features team at the Post to covering technology.

And her stories have to be approved by Post senior managing editor Cameron Barr, according to the Times.

So, she’s not in the paper’s features department anymore, and her work needs to be reviewed from on high — apparently before it’s deemed fit to be served to the Post’s readers. Changes in working conditions like that generally wouldn’t be considered a promotion.

I have absolutely not been demoted, not even remotely. My job has not changed at all. I joined WaPo as a technology columnist writing tech features and I still have the exact same job. Cameron has always edited my stories, he edits all the big stories on the site.

The Times report said that the Post newsroom was also up in arms over a hubbub that surrounded the departure of political reporter Felicia Sonmez, who was fired June 9 after a week of criticizing her newspaper and her colleagues in public Twitter posts, as The Daily Beast reported.

Continue reading: 'Libs of TikTok' Doxer Gets to Keep Her Job, But She'll Have to Get Used to Some New Working Conditions First ...