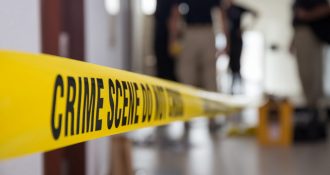 The following article, Guess What the Top 5 Cities with the Highest Murder Rate Have in Common?, was first published on .

The five worst states for murder all share one thing (besides the bloodshed) in common. Guess what it is?

This year’s homicide numbers in Los Angeles, Washington DC, Baltimore, Milwaukee, and Atlanta have all surpassed the numbers from 2021, according to Fox News.

Debate on the cause of the recent spike in crime has raged since 2020, with many experts blaming the pandemic and accompanying closures, restrictions, and isolation for a spike in crime. Others have pointed to the “Ferguson effect” or more recent “Minneapolis Effect” for the increases, which resulted in less active policing during times of increasing crime.

“Violent-crime increase—call it Ferguson Effect 2.0 or the Minneapolis Effect— has come on with a speed and magnitude that make Ferguson 1.0 seem tranquil,” the Manhattan Institute’s Heather Mac Donald said during 2020’s crime wave. “George Floyd’s death at the hands of Minneapolis police in late May was justly condemned — but the event has now spurred an outpouring of contempt against the pillars of law and order that has no precedent in American history.”

So, what do you think the commonality is here?

Yeah, you guessed it.

All these cities are infested by Democrats and have been for decades.

Continue reading Guess What the Top 5 Cities with the Highest Murder Rate Have in Common? ...