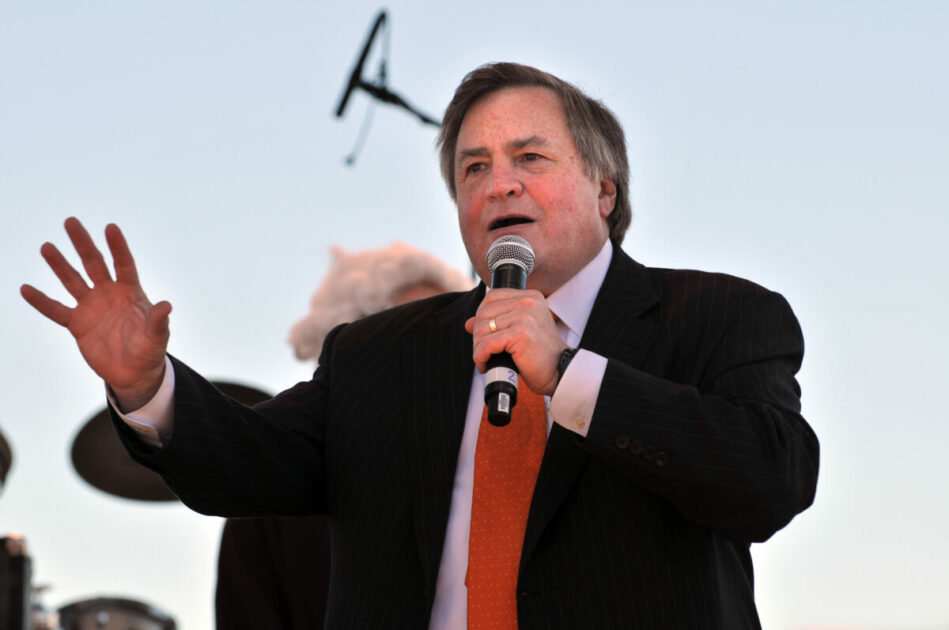 The following article, Dick Morris: Something Is Happening to Voters When They Turn 26, And Democrats Won't Be Able to Stop It, was first published on Flag And Cross.

The younger you are, the more likely you are to vote for Donald Trump and the Republicans.

The opposite used to be true, but President Joe Biden’s poor performance in office and the inflation and economic crisis he has spawned have changed all that.

John Jordan, John McLaughlin — who was Trump’s pollster — and I conducted a survey of 800 Generation Z and millennial likely voters at the end of last month to see how they had changed since they mainly voted for Biden in 2020. The transformation is enormous.

Generation Z voters, who are now in their 20s, have swung dramatically to Trump, his biggest gain in any age group. In the 2020 election, they backed Biden by 3 points. Now they vote for Trump against Biden by 6 points, an incredible 9-point swing.

Here’s what’s happening among voters still in their 20s: Those who are still in college or have not yet turned 25 have been liberal and stay liberal. But a light seems to turn on in their minds as soon as they turn 26. They suddenly turn conservative and Republican.

Why? Well, we asked them, and here’s their explanation: By almost 2 to 1, they said, “When I was younger, I was more ideological and idealistic, but as I grew older and had to support my family and make a living, I grew more realistic and conservative in my thinking.”

So if you’re worried about the indoctrination young people go through in college and are concerned that campuses are breeding a nation of liberals, relax. As soon as they hit reality in their late 20s they change and see the wisdom of our point of view.

Millennials, who are now in their 30s, are more of a problem. They are the sons and daughters of the baby boomer generation who became ’60s radicals, marching and burning their draft cards. They have gone on to become the most left-wing generation in our country. But they too cannot ignore the economic catastrophe of the Biden presidency and find themselves drifting more towards Trump.

While they voted overwhelmingly for Biden in 2020 — by 20 points — Trump has cut Biden’s margin among them in half and now trails by 10.

It is turning out that Biden is the best friend Republicans have. As a result of his disastrous presidency and the terrible economy, voters are coming to appreciate Trump much more. By a margin of 2 to 1, voters in their 30s say that “like many young people, I did not like Trump when he was president or running for office. But now that I see what has happened since he left office, I have a new appreciation for him and find myself liking him more and more.”

Many voters saw a portrait of Donald Trump that they did not like, but when Joe Biden put a frame around the portrait with his terrible presidency, it made the picture look a lot better. What Trump could not do and his handlers could not achieve, Biden has managed to accomplish: He has made Trump likable.

Make a no mistake, those under 40 are not socially conservative. They are largely pro-abortion and in favor of gun control. They say climate change is a major threat and feel Republicans don’t do enough to counter it. They split down the middle on immigration, with half saying too many illegals are coming in and half saying too many good people are being kept out. Half support teaching critical race theory in schools.

But none of that has any real impact on their vote. The only issues they are concerned about are the economy and inflation. Faced with the necessity of overcoming these headwinds to feed their children, establish their careers and buy their first homes, they have become economic conservatives while still being social liberals.

Obviously, this dramatic shift among young voters will help propel Republicans to a massive victory in ’22 and likely in ’24. But its long-term implications are even more significant.

These young voters will of course grow older and become increasingly important in our country. The legacy of President Ronald Reagan is that voters who came to be politically conscious during his presidency became largely Republican and conservative, offsetting the more liberal values of the generation that preceded them. And, of course, the scar left by the Great Depression shaped the political views of an entire generation, now sadly dying out.

It’s a little bit like cutting down a tree and looking at the rings in its trunk. Traumatic events like droughts or forest fires are recorded indelibly in the rings of the tree. In fact, in the forests of Siberia, you can see evidence of a meteorite strike that happened in 1908.

You can bet that the meteorite strike of Biden’s failure and the massive inflation it’s causing will remain indelibly imprinted on the minds of voters now forming their political opinions. Combined with the Democrats’ increasing aversion to reality as they embrace the radical “green” revolution sending gas prices soaring, the scars we are seeing in Generation Z voters will be with them for a long time, making good Republicans out of them.

Jordan, McLaughlin and I have now conducted four surveys to examine the base of the Democratic Party and how to undermine it.

In the first survey, we examined Hispanics and found that their patriotism is leading them to despise the left that tears down the country, demeans its heroes and accuses us of racism. These Latino voters, who themselves often came here at the risk of their lives, are not about to see this country deteriorate into a nation like the ones they left. The shift has been so remarkable that it’s very possible now that Democratic congressmen in the Rio Grande Valley will be defeated and Republicans elected.

Among mothers, the second leg of the Democratic base, we found that social issues like teaching transsexuality to fourth-graders are driving them crazy. As Democrats side with edu-crats and resist any change, mothers are demanding a voice in the education of their children, pushing them into our arms.

Among black voters, we found that men are growing increasingly disenchanted with the left since it only seems to address the problems of black women. A black woman becomes vice president and only a black woman, not a man, is considered for the Supreme Court.

These trends, combined with our current findings about young voters, speak to a tectonic shift in the parties and makeup of this country.

Continue reading: Dick Morris: Something Is Happening to Voters When They Turn 26, And Democrats Won't Be Able to Stop It ...