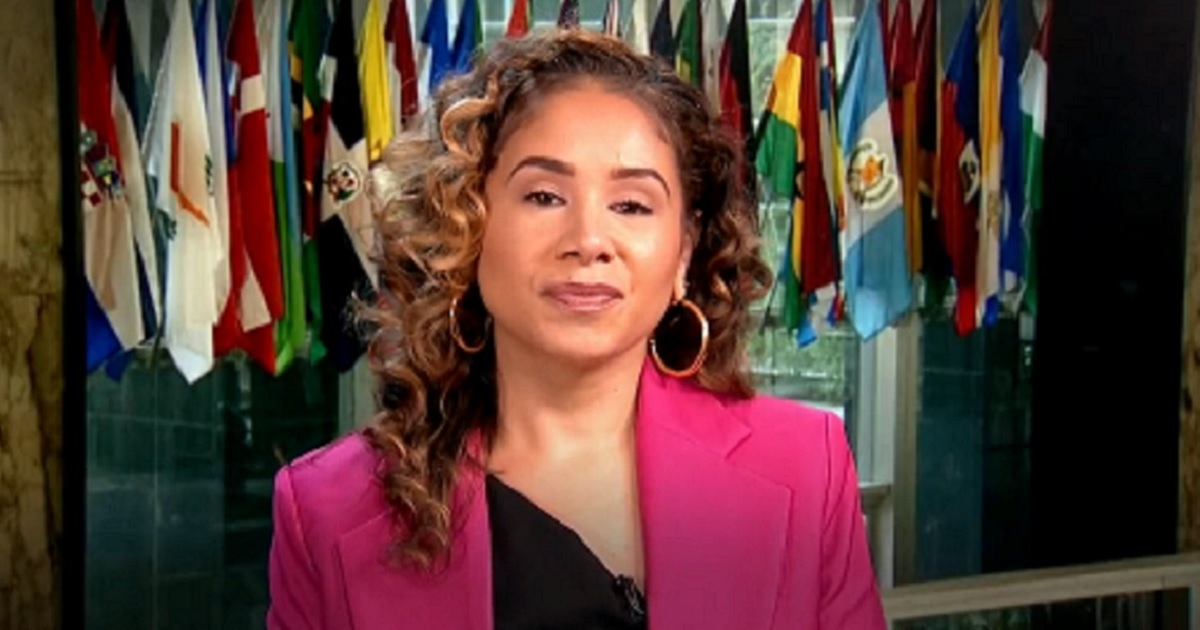 The following article, Biden's Newest Envoy Is a Black Activist Who Thinks White Diplomats Are Too 'Protective' of America, was first published on Flag And Cross.

Another day, another official in President Joe Biden’s administration who’s terminally woke to the point of racism.

Meet Desirée Cormier Smith, the State Department’s first special representative for racial equity and justice. Given recently unearthed comments Smith made less than two years ago, she may end up being the last person in that position, too.

Sure, she describes herself as a “Black activist,” according to the Washington Free Beacon, which sounds about right for a gig where she’s expected to “confront systemic racism and injustice around the world.” Alas, it appears they’ve picked a racist for the job — and while she’s biased against the “right” race, it’s still not a good look.

(At The Western Journal, we’ve brought you no shortage of examples where someone who purports to be an “anti-racist” turns out to be very racist indeed — just racist against a group of people it’s woke to discriminate against. The mainstream media may cover for them, but we’ll keep bringing readers the truth. You can help us by subscribing.)

Advancing equity and justice in our foreign policy is essential to national security and strengthening democracy. Today we welcome Desirée Cormier Smith as our new Special Representative for Racial Equity and Justice to lead the @StateDept’s continued work. pic.twitter.com/VTFrnJmQq1

That sounds benign enough, if a little woke.

In a Monday piece, however, the Free Beacon’s Chuck Ross reported that Smith once denigrated white American diplomats for being too “protective” of the United States, adding they didn’t have the “empathy” minority candidates did.

At the time of the October 2020 interview with the podcast “Black Diplomats,” where the comments were made, Smith was serving as a senior policy adviser for George Soros’ Open Society Foundations. However, she’d previously worked as a foreign service officer — and was put off by her white co-workers, who she said evinced an “ownership” mentality when it came to approving U.S. visas for foreign individuals.

As for minority diplomats: “We also come with a certain humility that I would say that a lot of white foreign service officers lack,” she said. “We approached it with so much more empathy.”

If one is to parse Smith’s comments correctly, this is neither humility nor empathy but deliberate laxity combined with soft bigotry toward the very country she was supposed to be serving.

This isn’t the only time where Smith’s statements on the intersection of race and the U.S. foreign service have come under scrutiny, either, as Ross noted.

“Smith has spoken openly about her activist role at Foggy Bottom, where she has served as senior adviser in the Bureau of International Organization Affairs,” he wrote.

“‘Black activists like myself are still working through the United Nations to defend human rights and freedoms for all,’ Smith wrote in a column for the Grio in March,” Ross wrote. “She said she worked ‘relentlessly’ to elect a critical race theory scholar, Justin Hansford, to the United Nations Permanent Forum of People of African Descent.”

That said, those statements merely manifested questionable political judgment. With the comments that Ross unearthed, what Smith said about “white foreign service officers,” however, we’ve moved into the land of outright racism.

Then again, one could argue this means she’d fit right in at the Biden State Department, which has become a haven for high-profile far-left racial firebrands.

The highest-profile of these was Jalina Porter, the former deputy spokeswoman at the State Department. She left the department earlier this month after a problematic 16 months in Foggy Bottom — all kicked off in late January of 2021, when the Free Beacon managed to dig up some of her old social media posts, including one where the newly minted deputy mouthpiece of America’s foreign policy apparatus displayed some, uh, questionable priorities when it came to sniffing out threats to the United States.

“The largest threat to U.S. national security are U.S. cops,” Porter wrote in a 2016 social media post. “Not ISIS, not Russian hackers, not anyone or anything else.”

“If y’all don’t wake up and rise up to this truth, the genocide against Blacks in America will continue until we are near extinct,” she added.

“I’m so tired of terrorist cops,” she said in another post, reported by the Free Beacon in February 2021.

Porter would apologize for that remark, but her tenure at the State Department was rocky. Her last gaffe came in May, when, according to Newsmax, she used her Instagram account to publicly solicit a co-hosting gig on ABC’s “The View.” (Yes, really. )

“Jalina was never a good fit and was in over her head from the beginning,” a State Department source told the Free Beacon. “On that, I blame the woke crowd that made the hiring decision without regard to actual qualifications or experience.”

Apparently, Porter’s tenure at the State Department didn’t result in any changes in hiring priorities at Foggy Bottom, because here we are.

The State Department said Smith was a “racial justice expert with a deep and steadfast commitment to equity and justice for all.” Except her white colleagues, apparently.

If the administration is really serious about “confront[ing] systemic racism and injustice,” as the job description says, she would be fired posthaste. Instead, I fear these comments might get her a promotion at the Biden State Department, not a sacking.

Continue reading: Biden's Newest Envoy Is a Black Activist Who Thinks White Diplomats Are Too 'Protective' of America ...