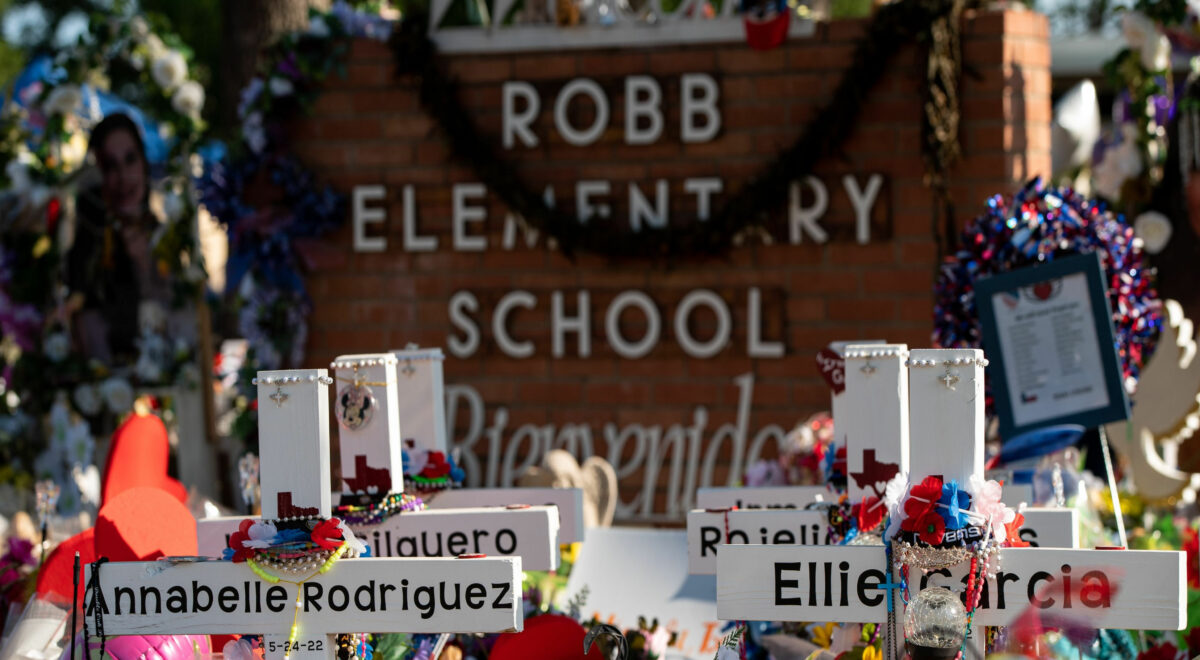 The following article, VIDEO:  Well-Equipped Police inside Robb Elementary Did Nothing for 46 Minutes, was first published on Flag And Cross.

As the evidence continues to emerge in the case of the Robb Elementary School massacre in Uvalde, Texas, those who’ve been following along have become more frustrated with each passing day.

Beginning with a number of videos depicting Uvalde police refusing to enter the school where the shooter was murdering 19 children and 2 teachers, (and some even violently restraining parents and samaritans from taking matters into their own hands), and crescendoing with the revelation that police didn’t even try to enter a classroom where these sadistic executions were taking place, there has been no shortage of disappointment with the reaction from law enforcement in the case.

Now, a new video has emerged that depicts well-equipped officers inside the school, again refusing to confront the shooter, for well over 40 minutes.

Multiple officers were inside Robb Elementary School armed with rifles and at least one ballistic shield by 11:52 a.m. on May 24, but they didn’t breach a classroom door and take out the gunman who killed 19 children and two adults for nearly an hour, according to documents reviewed by the Austin-American Statesman.

The new details shed light on the shifting timeline that law enforcement has provided about the response to the third-deadliest school shooting in U.S. history.

Salvador Ramos, the 18-year-old suspected gunman, walked into the school at 11:33 a.m. then entered a pair of adjoining classrooms and opened fire.

It wasn’t until 46 minutes later that Ramos was engaged and incapacitated.

Images of the police officers within the school were soon being shared on social media.

Law enforcement officers are shown on video inside Uvalde’s Robb Elementary School at 12:04 p.m. on May 24.

They have guns. They have shields.

Police did not enter the classroom where the shooter was for another 46 minutes. https://t.co/LPsugwQ0Oj pic.twitter.com/QJqxIv6mpd

A number of investigations have sprung up in retaliation to the police non-response in Uvalde, and local authorities have begun to cease cooperation with those doing the probing.

Continue reading: VIDEO:  Well-Equipped Police inside Robb Elementary Did Nothing for 46 Minutes ...