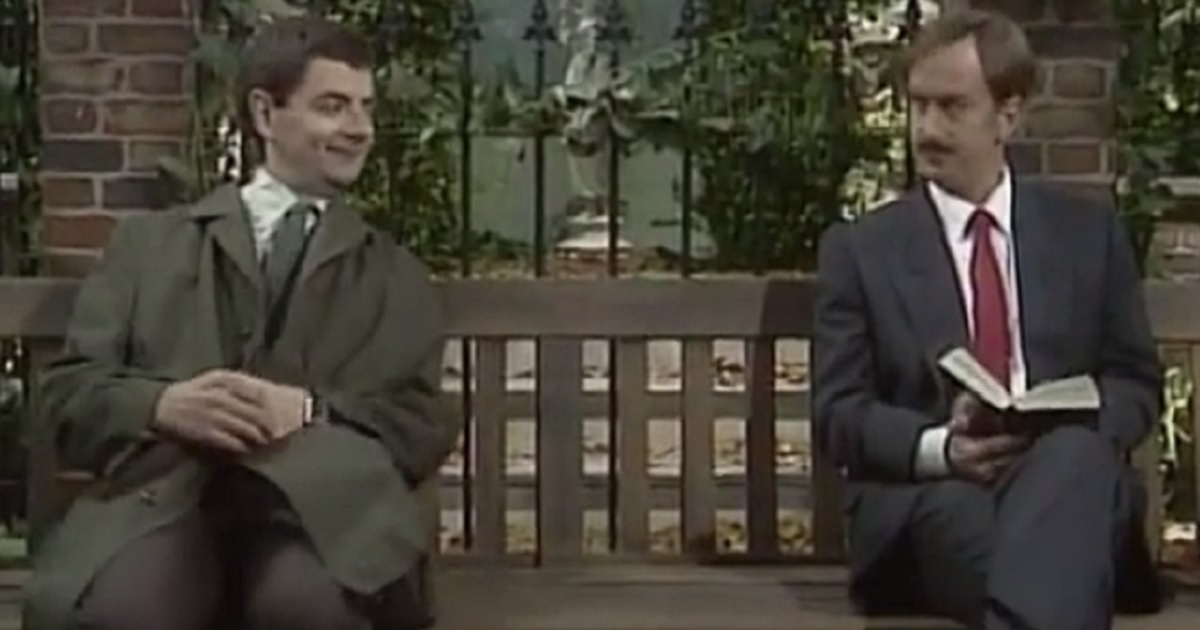 The following article, 'Mr. Bean' Breaks Silence with Devastating Take on Cancel Culture: 'Every Joke Has a Victim', was first published on Flag And Cross.

In recent years, many comedians have come under fire from the left for the subject matter they joke about. One English comic said in a recent interview these attacks demonstrate a misunderstanding of comedy.

While Rowan Atkinson’s comedy is well-known in much of the United Kingdom, he is likely most famous in the United States for his character “Mr. Bean.” In an interview ahead of his new Netflix show, “Man vs. Bee,” he explained the character was the brainchild of himself and his colleague Richard Curtis.

“The odd thing about Mr. Bean is that he wasn’t created, he was just the person I naturally became when I was denied words to express myself,” Atkinso, 67, told The Irish Times. “If I have to express myself visually, then I became a version of Mr. Bean.”

“Mr. Bean” first debuted in the late 1970s, and the character became so popular that he earned his own sitcom in the early 1990s. Atkinson has been widely recognized for his comedic genius in portraying “Mr. Bean” using very few words.

When you’re excited about your sandwich techniques

As a respected comedian, Atkinson has extensive knowledge about the world of comedy. In his interview with the Times, he said the idea of cancel culture threatens the very existence of comedy.

“It does seem to me that the job of comedy is to offend, or have the potential to offend, and it cannot be drained of that potential,” Atkinson said.

While this comment alone is sure to infuriate some progressive leftists, Atkinson went even further.

“Every joke has a victim,” Atkinson said. “That’s the definition of a joke. Someone or something or an idea is made to look ridiculous.”

Atkinson is absolutely correct in this assessment. A joke is meant to poke fun at something, whether it is a person, an object or anything in between.

Jokes have had the potential to offend people since the beginning of time, but most people used to be more willing to put aside their differences and recognize comedy for what it is. It is only in recent years that progressive leftists have attempted to tell people who they can and can’t make jokes about.

For example, comedian Dave Chappelle has been attacked — literally — for his jokes about the leftist fascination with transgenderism.

In an October 2021 article for NBC News, writer Michael Crawford wrote that Chappelle’s jokes were “giving narrow-minded people a safe space to deny the existence of trans people and make gays the focus of their taunts.”

“I don’t want Chappelle to be canceled,” Crawford wrote. “I want him to pull out the threads of homophobia and transphobia that run through the quilt of his otherwise brilliant work.”

This line displayed a false idea many progressive leftists have about comedy. They claim they should be allowed to tell comedians what they can and cannot joke about, and Atkinson addressed this problem in his interview.

“I think you’ve got to be very, very careful about saying what you’re allowed to make jokes about,” Atkinson said.

“You’ve always got to kick up? Really? What if there’s someone extremely smug, arrogant, aggressive, self-satisfied, who happens to be below in society?

“They’re not all in houses of Parliament or in monarchies. There are lots of extremely smug and self-satisfied people in what would be deemed lower down in society, who also deserve to be pulled up. In a proper free society, you should be allowed to make jokes about absolutely anything.”

In addition to this problem, leftists suggesting Chappelle is transphobic because his jokes lead to real world consequences when Chappelle was attacked on-stage.

As the left attempts to attack comedy and remove the very aspects that make Americans laugh — whether in movies, nightclubs, or the privacy of their own homes — this message from Atkinson was more needed than ever.