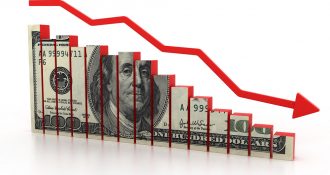 The following article, Suffering Financially, Americans Cutting Out Restaurants and Travel in Biden Era, was first published on .

As the Biden economy continues to spiral into failure, Americans are now being forced to cut down on eating out and travel to try and make ends meet.

Americans are now at the portion of economic malaise where they are seriously cutting back on enjoyable things to save money as necessities continue to soar in costs.

Over the past several weeks, households had already cut back on big-ticket purchases because of soaring prices, but in a worrisome twist, data suggests consumers are also beginning to tap the brakes on dining out, vacation plans and even routine services like manicures, hair cuts and home-cleaning appointments. Business owners around the country say rising prices, dwindling savings and concerns of a souring economy are taking a toll on household spending decisions.

At Olentangy Maids in Columbus, Ohio, more customers are putting off or canceling home-cleaning appointments. Some regulars are trying to negotiate lower prices, while others have stopped tipping altogether, co-owner Keith Troyer said.

“It hasn’t been a massive drop off, but enough that it’s been noticeable,” Troyer said. “Quite a few clients have called saying, ‘Hey, my wife got laid off. We need to cancel,’ or ‘Can I switch from biweekly to monthly?’ Prior to this month, that’s something that hardly happened.”

Consumer spending, which makes up more than two-thirds of the U.S. economy, has held strong through April even with inflation at historic highs. But there are growing signs that the spending streak could be ending.

Retail sales are cratering, prices are soaring, and Americans are hurting.

I guess running the country is like riding a bike for Joe Biden.