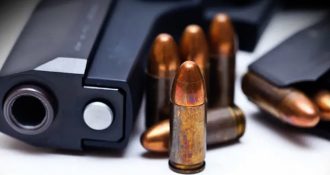 The following article, Questions Raised Over Biden Backdoor Gun Ban by Stopping Ammunition Sales to the Public, was first published on .

Many are worrying that Joe Biden is looking to ban AR-15s and other weapons without banning the hardware by launching a quiet scheme to use the military to shut the public out from being allowed to buy ammunition.

News broke this weekend that Biden is looking to use the U.S. military to force the Lake City ammo plant in Independence, Missouri, to pull all civilian sales of its SS109/M855 rounds. This is a 5.56mm caliber round which is the most popular round for the AR-15 platform.

The plant is a government contractor and makes rounds for the U.S. military. But the company also has always sold its surplus to the civilian market. But now the Biden administration is looking to end the production of the round, according to the NRA-ILA.

Some worry that Biden is starting to use these backdoor policy moves to restrict the ammo market meaning that people may have the weapons, but nothing with which to make them work.

Others, though say that the move isn’t nefarious because the M855 (the US designation for the round) is being replaced by the M855A1.

The worrying may be a bit overblown, though. Not only do many other manufacturers make the round in question, Lake City is gearing up for the new designs coming out of the Pentagon, so the M855 is no longer needed.

Still,, the worries over this story shows just how sensitive to Biden’s gun banning fever really is among Second Amendment supporters.