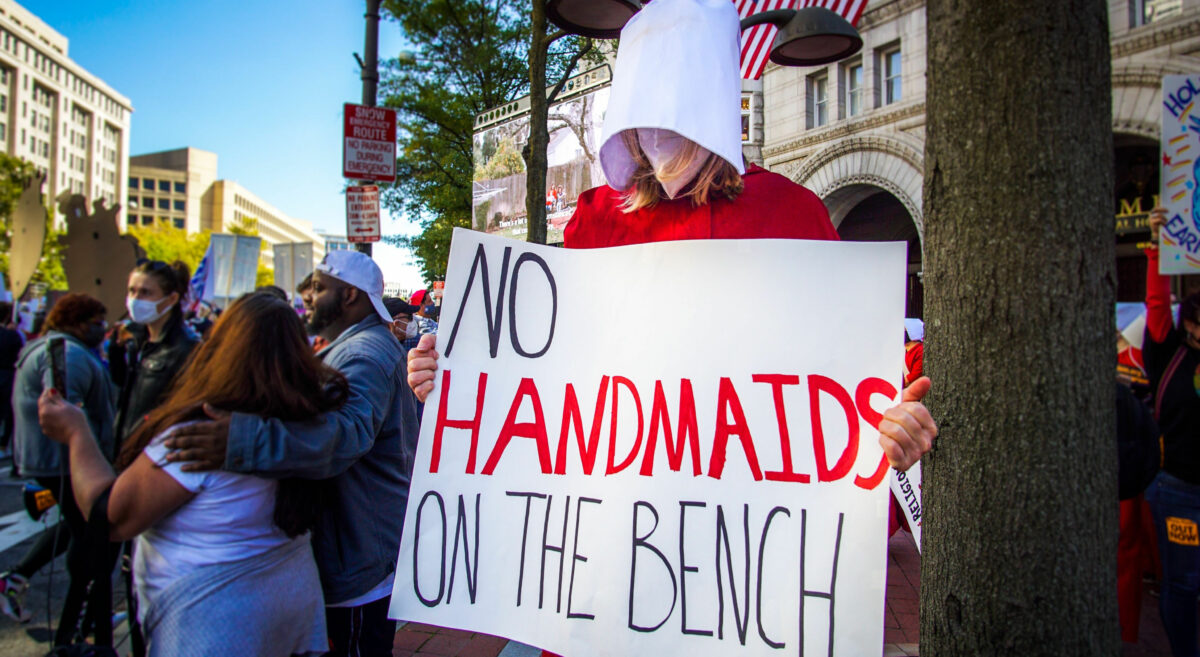 The following article, Protesters Gather at Coney Barrett Home with Gruesome Props, was first published on Flag And Cross.

In recent years, it has become rather apparent that the tact of the liberal left is disappearing…and quickly.  They no longer feel as though approaching confrontation with class and/or dignity is worth their time for some reason, and instead have taken to shrieking, gruesome displays of opposition that appear to resemble the temper tantrums of young children more so than any adult, political conversation.

Case in point: The ugly protests outside of the home of Supreme Court Justice Amy Coney Barrett this week.

“Abortion on demand and without apology,” signs held by members of the group Rise Up 4 Abortion Rights read on Saturday as they stood outside Barrett’s home in Falls Church.

The protesters were armed with baby doll props and were wearing pants appearing to be soaked in blood to show a future of forced births if the Supreme Court overturns Roe v. Wade.

Targeting the homes of Supreme Court Justices has been a recent escalatory tactic employed by the left.

And while some on the left have been satisfied with these ghoulish demonstrations, others have turned far more violent as pro-abortion extremists “Jane’s Revenge” continue to employ terror tactics to attack anti-abortion organizations, including improvised explosive devices.