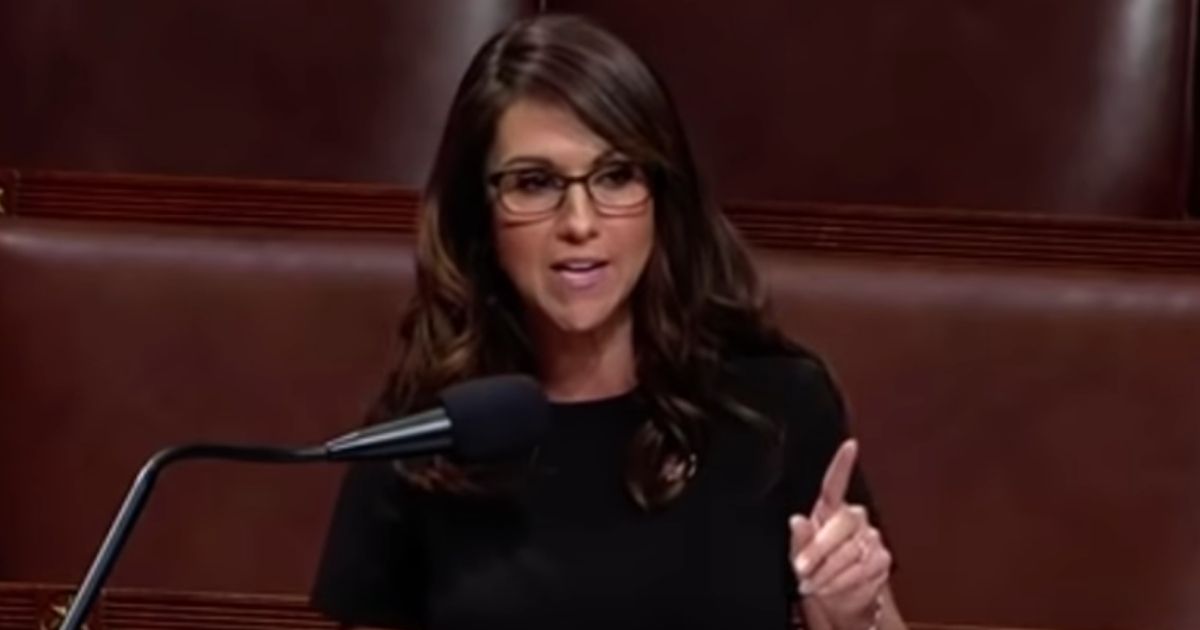 The following article, Lauren Boebert Takes Legal Action Against Dems Pushing 'Blatantly False and Disgusting Accusations' About Her Past, was first published on Flag And Cross.

Republican Rep. Lauren Boebert of Colorado is fighting back against an organization hurling mud at her by describing a past she says never existed.

The American Muckrakers political action committee has thrown fistfuls of allegations at Boebert, calling her an “unlicensed paid escort” who had “two abortions” in a news release on Tuesday.

The PAC threw in the name of Republican Sen. Ted Cruz of Texas along the way.

The allegations have been red meat for social media and were the subject matter of tweets by left-wing accounts such as Occupy Democrats and Young Turks founder Cenk Uygur.

But Boebert is fighting back.

Her attorney told the PAC it is facing a civil defamation lawsuit, while the congresswoman replied to the claims online.

“Partisan organizations putting out blatantly false and disgusting accusations won’t stop me from advancing freedom and conservative values,” Boebert said in a statement Wednesday to Fox News. “This group’s vile conduct demonstrates why people are fed up with politics. I am not going to stand by and pretend this is normal behavior.”

“This political committee, funded by far-left Democrat donors and run by two left-wing political operatives, published pages of false statements knowing they were completely fabricated,” she said. “The law on this type of defamation is clear and this conduct will be subject to civil and criminal penalties.”

A letter to the American Muckrakers PAC from Jonathan Anderson, Boebert’s attorney, accused the PAC of releasing “a series of false and defamatory statements.”

Anderson said the group’s goal is not truth but partisan attacks.

“Muckrakers has marketed itself as a ‘watchdog group,’ the truth is that Muckrakers is a political committee that exclusively opposes conservative candidates, is funded by established Democrat donor sources, and is managed by Democrat political operatives,” he wrote in the letter, as reported by Fox News.

“We have irrefutable evidence that each one of these statements is patently false,” Anderson wrote in the letter to the PAC. “You knew this though.

“Muckrakers published these outlandish statements knowing they were fabricated but you likely operated under the inaccurate assumption that publishing false statements against a public figure would not create legal liability.”

Although defamation against a public figure carries a high standard of proving that those spreading the information knew it was false at the time of publication, Anderson said Boebert’s attorneys “have evidence, including internal Muckrakers’ text and email communications, that demonstrates Muckrakers did in fact publish statements knowing those statements to be false.”

He said the PAC also may have violated criminal law in Colorado, where there is a statute banning false information intended to influence an election.

I will not let these false smears from left wing political operatives go unanswered.

The law on this type of defamation is clear and this conduct will be subject to civil and criminal penalties.https://t.co/fQDwTPeG7B

The Muckrakers news release claimed that Boebert had met escort clients through a “sugar daddy” website and that one of those wealthy clients introduced her to Cruz, who encouraged her to run for office.

None of the PAC’s allegations was supported by hard evidence.

The abortion claim was attributed to an anonymous source.

Fox News reported that a woman in one photo released by the group is not Boebert but Melissa Carone, who entered the public limelight by making election fraud claims after the 2020 election.

David Wheeler, the president of the American Muckrakers PAC, said the group stands behind its claims, adding the “one person that can answer all of these questions is Lauren Boebert.”