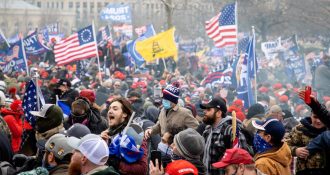 Representative Jim Jordan (R, OH) took an axe to the Democrats’ fake Jan. 6 show trial saying that they altered evidence to fit their agenda and lied to America.

Calling the entire primetime presentation of the committee Thursday “choreographed,” Jordan, an Ohio lawmaker, said he does not trust what the panel is presenting and wants to “see all the depositions.”

“When you think about what this committee has done, never in the history of this country, in the history of the House of Representatives, has a minority leader not been able to put on a select committee that individuals he or she has selected,” said Jordan, adding that Rep. Rodney Davis (R-Ill.) has also sent a preservation letter to the committee requesting that all information be kept for review.

“We also know that this committee has altered evidence and lied to the American people about it, so much so that they had to issue a statement which says, we regret the error, which is government-speak for, we got caught lying,” also said Jordan, who has not complied with the committee’s subpoena to testify.

He is exactly right. This committee is all built on lies.