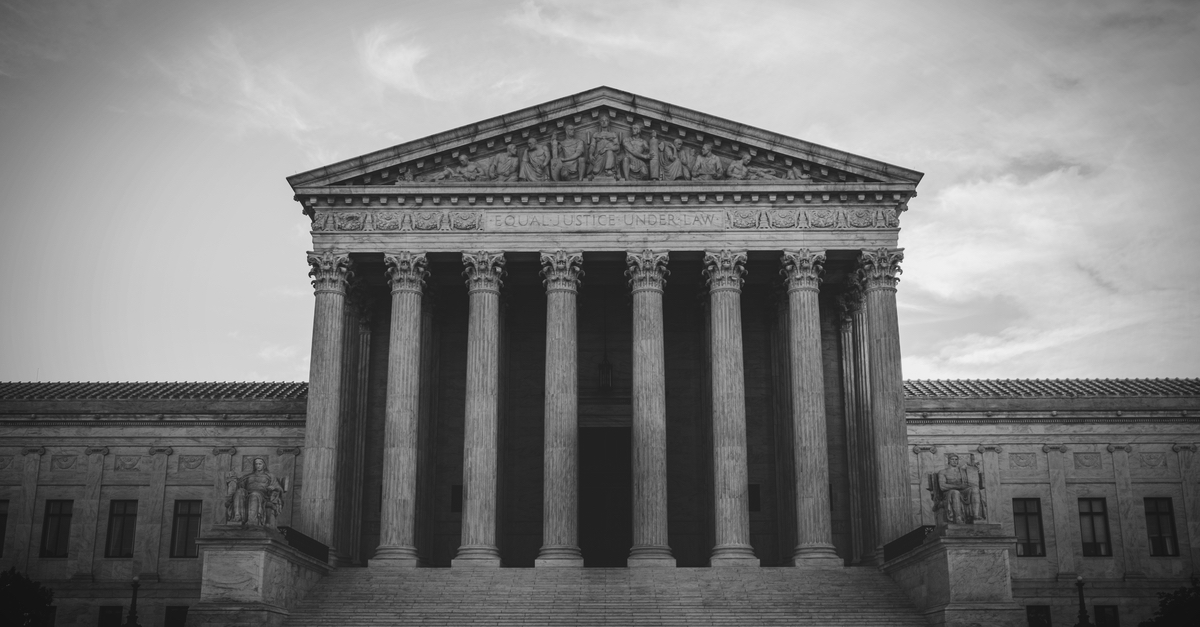 The following article, 27 Democrats Vote 'No' on Protection for SCOTUS, was first published on Flag And Cross.

Just days ago, a truly terrifying moment arrived in American history, as one of the Supreme Court’s news justices was targeted by a deranged California man.

The incident occurred in the wee hours of the night, in front of the home of Brett Kavanaugh, as a clearly troubled man from the west coast was arrested and charged with attempted murder near the justice’s home.  The suspect admitted to police that he was politically-motivated in his actions, spurred on by the leak of a draft opinion that would see the court overturn Roe v. Wade.

In the wake of the disturbing incident, Congress looked to pass a bill that would provide enhanced protection for members of the high court, but not everyone was onboard.

The House passed a bill Tuesday to increase security for Supreme Court justices’ immediate families, with 27 Democrats voting against, less than a week after a man was arrested for allegedly plotting to kill Justice Brett Kavanaugh.

The bill that’s now headed to President Biden’s desk for final approval provides for 24-hour protection for Supreme Court justices’ families, similar to what is already provided for some members of the executive and legislative branches.

The House voted 396-27, approving a measure that had already been passed by unanimous consent in the Senate in May just days after a leaked draft Supreme Court opinion suggested it intends to overturn Roe v. Wade.

Of the 27 Democrats who voted no, it was unsurprising to see who made it about themselves.

Rep. Alexandria Ocasio-Cortez, D-N.Y., boasted in an Instagram video on Saturday about initially blocking the bill.

“I wake up this morning and I start to hear murmurs that there is going to be an attempt to pass the Supreme Court supplemental protection bill the day after gun safety legislation for schools and kids and people is stalled,” she said in the video.

The whatabout-ism displayed here is petulant at best and childish at worst, and only exacerbates the partisan stagnation that our nation suffers so terribly from in recent years.

Continue reading: 27 Democrats Vote 'No' on Protection for SCOTUS ...