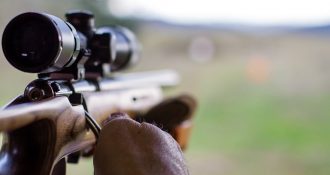 The following article, Study Finds California’s ‘Red Flag’ Laws have Done Nothing for Public Safety, was first published on .

The Journal of the American Medical Association has admitted that California’s anti-gun, red flag laws have done absolutely nothing for public safety.

The study was funded by various contributions from philanthropic and government sources. Dr. Garen Wintemute is the most well-known of the authors. It appears most of the analysis was done by Dr. Veronica A. Pear.

It is clear the authors expected to find a statistically significant drop in fatal and non-fatal firearm injuries, both from assault and self-harm. If there were an association, this study had the best chance to find it.

But it didn’t find it at all.

Question: Has implementation of the gun violence restraining order law, beginning in 2016, been associated with a reduction in firearm assault or firearm self-harm in San Diego County, California?

Findings: In this cross-sectional study, the gun violence restraining order law was not significantly associated with a reduction in firearm violence of any kind during its first 4 years of implementation, 2016 to 2019.

Meaning: These results suggest that gun violence restraining order implementation did not reduce population-level rates of firearm violence in San Diego County, but future studies should investigate whether there were individual-level benefits to those directly affected.

It doesn’t surprise anyone with any sense, of course.