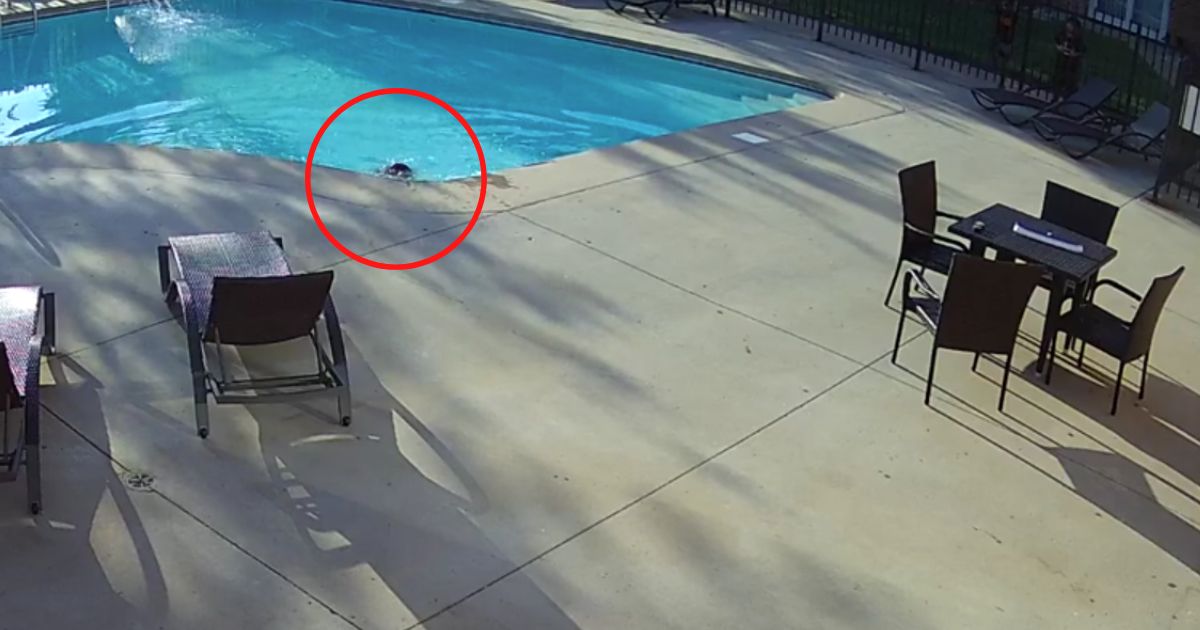 The following article, Hero Jumps Fence, Leaps Into Pool to Save Age-4 Boy with Autism from Drowning, was first published on Flag And Cross.

May 18 was almost 4-year-old Xavier Rigney’s last day, but thanks to observant kids and a local father, Xavier is alive and well.

The boy from Lawrence, Kansas, got away from his mother’s view and somehow made it through a locked fence at an apartment and jumped into the pool.

Xavier, who has autism and is non-verbal, doesn’t know how to swim, and no one was in the pool area when he ran to the edge and into the water without pause.

Thankfully, some kids nearby saw him disappear under the water and immediately knew they had to do something.

Surveillance video from the area shows two kids clinging to the fence around the pool, one trying in vain to climb over it. The other one bolted.

Just hosted a press conference with our partners at fire and medical to honor a 12-year old and his dad for saving a 4 year old who drowned. Stay tuned. We will post the unedited event along with the dramatic rescue. Important water safety notes as we hit the holiday weekend! pic.twitter.com/wNPAPlx8SS

One of the boys, 12-year-old Maddox Westerhouse, had dashed off to get his dad, who was nearby in their apartment unit.

“My friends were yelling at me to go get help and I just went like, ‘Oh no,’ and ran,” Maddox said, according to KSAZ-TV.

Maddox’s father, Tom, quickly ran to the pool, jumped the fence (as both gates were locked) and leaped into the water. After rescuing the boy, who was unresponsive, Tom placed him on the cement and began CPR.

“When he started to cough up water and everything, I knew that was a good sign,” Tom said. “It definitely hits home a lot harder having a son myself.”

First responders soon arrived and took over, and Tom and Maddox were hailed as heroes.

“His mouth and nose never come up above the water, and that’s why we say they don’t have the ability to scream.

“What you see with his arms, you see just a little bit of movement, we call it climbing, they’re trying to climb out of the water.”

On May 26, the Lawrence, Kansas, Police Department held a reunion for the heroes and Xavier in which they recognized the life-saving efforts of the father and son.

“He’s my best friend, so I don’t know what I would do without him,” said Xavier’s teary mother, Alexis, per KSAZ.

“Today, we recapped the events of that call in hopes of raising awareness of water safety in advance of the holiday weekend,” the police department posted.

“A 12-year-old boy noticed a toddler floating in the pool and alerted his father. The man jumped the locked fence, pulled the unresponsive toddler from the pool, and administered life-saving aid. The 4-year-old boy was breathing and alert when paramedics arrived. This is an amazing outcome.

“Watch the surveillance video and see for yourself. Too often, this is not the way these calls end. Today, we recognized two local heros. Way to go Maddox and Tom!”

Continue reading: Hero Jumps Fence, Leaps Into Pool to Save Age-4 Boy with Autism from Drowning ...