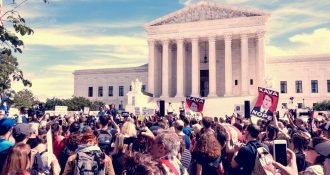 Even after a would-be assassin gunning for Justice Brett Kavanaugh was arrested, House Speaker Nancy Pelosi has refused to move on increasing security for the Supreme Court.

It is impossible to believe it, but even after a heavily armed criminal with ties to left-wing activist groups was arrested — and admitted to — trying to kill a Supreme Court Justice, and Pelosi finds this fact unmoving.

House Republican Leader Kevin McCarthy (R-CA) made a unanimous consent request on the House floor to bring up S. 4160 for a vote. S. 4160, which passed the Senate by a unanimous vote, would have allocated additional security for the justices’ family members.

Despite McCarthy’s request, Speaker Pelosi and the Democrats failed to comply with McCarthy’s proposal to bring the bill to vote.

McCarthy condemned the House Democrats for their refusal to vote on the bill and noted that their refusal came on the same day a man was arrested for plotting to kill Justice Kavanaugh.

“Earlier today, a man was arrested for plotting to kill justice Kavanaugh. Over a month ago, the Senate unanimously passed a bill to provide more security for Supreme Court justices and their family. But House Democrats have let that Bill gather dust. This is the same party whose heated rhetoric has encouraged political pressure on conservative justices.”

This passed unanimously in the Senate, yet Speaker Pelosi refuses to bring it up for a vote—despite today's foiled plot to kill Justice Kavanaugh. Shameful. pic.twitter.com/W94z8xh90u

It is disgusting what this cretin, Pelosi, is doing.