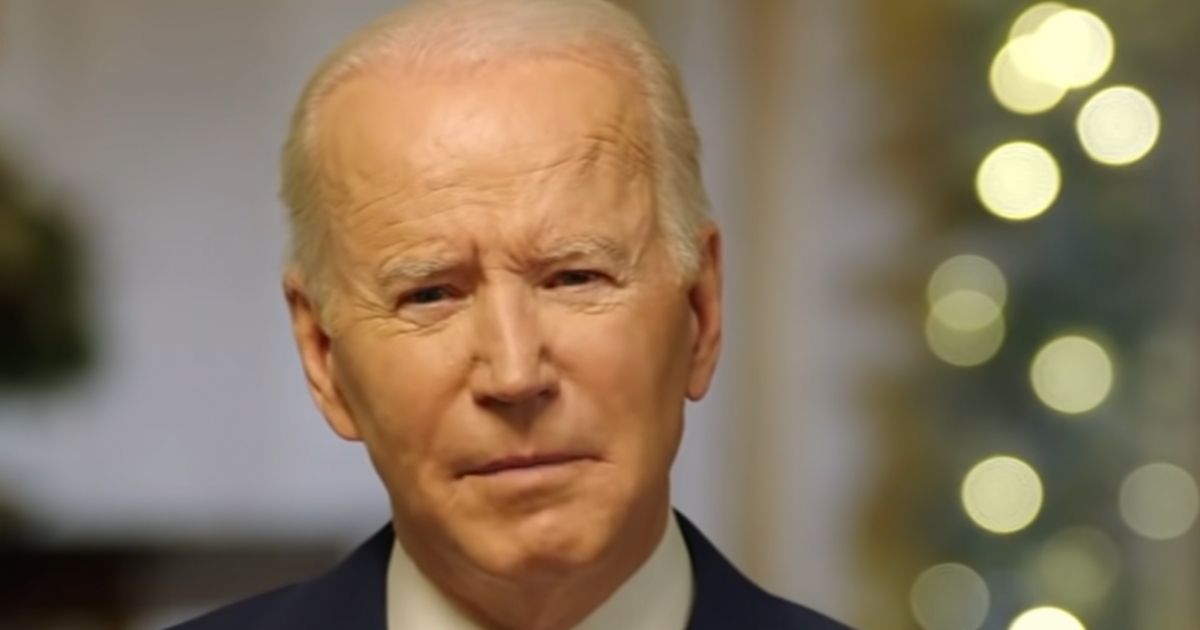 President Joe Biden is rarely shy to speak about his experiences as a grandfather. Yet a new report suggests his compassion does not extend to all of his grandchildren.

According to an exclusive report from the U.K.’s Daily Mail, 31-year-old Lunden Roberts filed for a protection order from ex-fiance Princeton Foster for herself and her 3-year-old daughter, Navy Joan.

Navy Joan was born in 2018 to Lunden Roberts and first son Hunter Biden. The Biden family has routinely avoided talking about Navy Joan.

Embarrassing as this story may be for the Biden family, one would think the president might have some sort of compassion for his granddaughter. This is especially true given Biden’s past promises to prioritize his grandchildren no matter what.

“I’ve had a rule my entire life: No matter what’s happening, no matter how important the meeting, I’ll always answer a call from my grandchildren,” Biden wrote in an October 2020 tweet.

I’ve had a rule my entire life: No matter what’s happening, no matter how important the meeting, I’ll always answer a call from my grandchildren. pic.twitter.com/mmsB1GOxAu

Navy Joan may not be old enough to call Biden on her own, but Lunden Roberts had made it clear that both she and her daughter are in danger. In a 10-page affidavit obtained by the Daily Mail, Roberts said Foster “claimed he was one of God’s prophets, and him and my daughter are going to heaven.”

Roberts said the mixed martial arts fighter has been threatening her since she broke off their engagement in August 2020. She alleged Foster harassed her in a restaurant on May 13, and screamed, “Where is my daughter? … I will f*** you up,” despite having no blood relation to Navy Joan.

“He was also continually calling and we were recording the audios of him screaming (like the Joker) saying he was on his way with his MMA friend to fight whatever guy I was with, using racial slurs and in one recorded audio you can hear him scream ‘I’m on my way — I’m going to scalp your f**king head,'” Roberts wrote according to the Daily Mail.

The outlet said Biden had been “made aware” of the threats against Roberts and his granddaughter, but he has declined to intervene. In fact, Biden reportedly failed to reach out to ask about his granddaughter at all since Roberts filed the protection order.

Speaking to the Daily Mail on the condition of anonymity, a close friend of Roberts criticized Biden’s apparent apathy.

“The President frequently talks about his love and pride for his grandchildren,” the friend said. “But if he really cared for every member of his family he would have done something by now.

“The Secret Service would act at the drop of a dime if someone threatened any of the other Biden kids — but it’s like Navy Joan doesn’t matter.”

In the affidavit, Roberts alleged Foster had driven into her front yard and pointed his headlights into her house while she and her friend hid. The next morning, she said she found a dent in her car that she believed came from a punch by Foster.

“Although this isn’t the first crazy incident in the last couple months, it was the first time in my life I thought I was going to have to shoot someone, or I was going to be killed,” Roberts wrote according to the Daily Mail.

“After seeing me sitting with a guy he was enraged and I truly believe he came to my home to be violent — with intentions of hurting me or someone else.”

While Biden has provided Secret Service protection for other members of his family, he has never done so for Navy Joan, the Daily Mail reported.

Rest assured, Biden is never too busy to take a call from his grandchildren. But a plea for help from the family of the grandchild he refuses to even acknowledge? That just might be a different story.