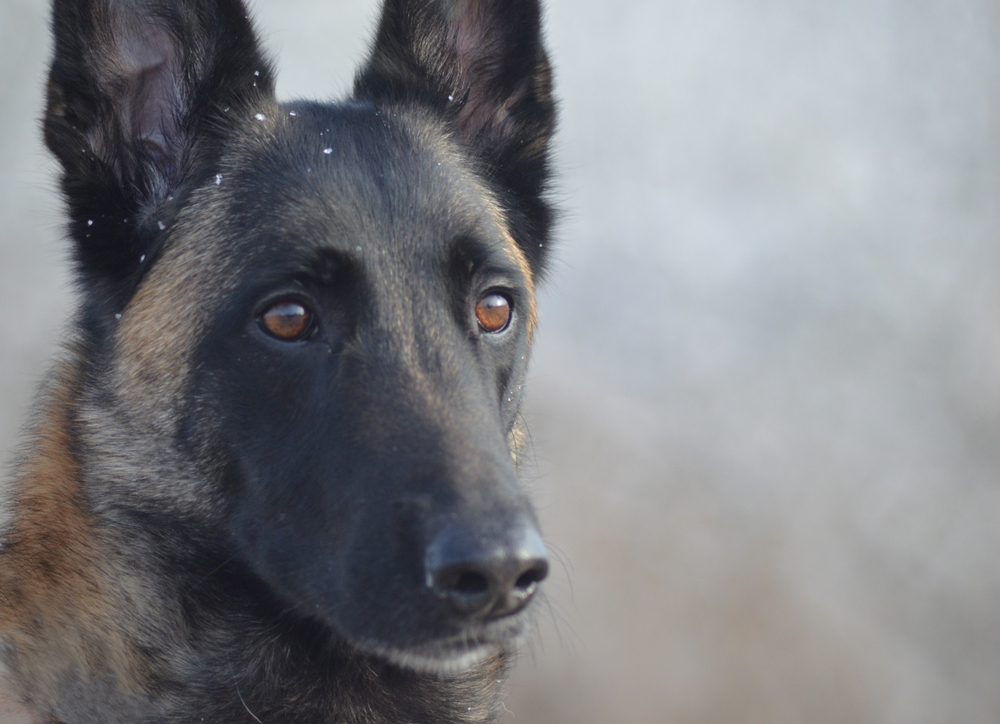 The following article, Courageous Dog Succumbs to Injuries After Saving Owner From Animal Attack, was first published on Flag And Cross.

The world that we live in today would certainly not be the same without our canine companions, and no one understands that better than Erin Wilson.

Wilson and her dog Eva we involved in a terrifying incident just weeks ago while out on a hike.

Soon after Erin Wilson stopped at a picnic area along Highway 299 near the Northern California town of Big Bar on Monday afternoon and started walking her dog along a path toward the Trinity River, she was confronted by a mountain lion. The animal swiped at Wilson, who screamed—getting the attention of her 2-year-old Belgian Malinois, Eva, who was off leash and had been walking ahead of her, the San Francisco Chronicle reports. “She came running. And she hit that cat really hard,” Wilson, 24, tells the Sacramento Bee. The cougar turned on the 55-pound dog and the two started fighting. Then the mountain lion latched onto the dog’s head.

The ordeal was a harrowing one.

Wilson started hitting the puma, throwing rocks and sticks at it, and even trying to gouge its eyes or choke it, but it would not release Eva’s head. So Wilson ran back to the road hoping to find help, and Sharon Houston stopped when she saw Wilson frantically trying to flag someone down. They returned to find the mountain lion’s jaws still clamped around the dog’s head, and Wilson started hitting it with a baton.

It took a baton and pepper spray to finally end the attack, and Eva had been making a valiant recovery over the course of the last several weeks, but then…

Eva has died from injuries sustained while protecting her owner from a mountain lion, reports the San Francisco Chronicle. “We said goodbye,” owner Erin Wilson wrote on a GoFundMe page for her dog’s vet bills. The Belgian shepherd survived the confrontation last month, but her condition slipped over the past week and she never recovered.

Her heroics thrust Eva into the national spotlight, and a now-paused GoFundMe page for the brave dog’s medical bills had reached over $35,000.