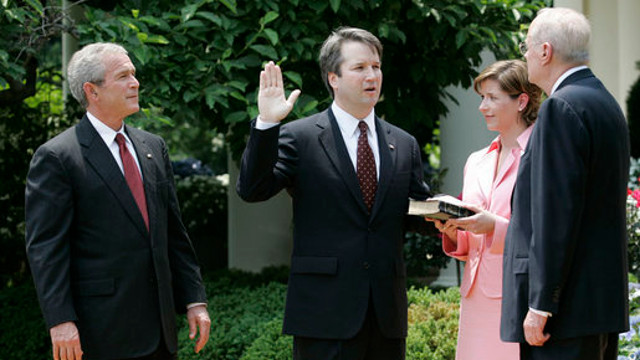 While a heated political debate truly is the cornerstone of American democracy, what passes for discourse these days is turning ever more tumultuous by the minute.

Our elected leaders are largely just voracious vitriol vendors, spewing all manner of gobbledygook to catch headlines – even if it is sometimes violent or threatening.

Take, for instance, the way in which Democratic Senator Chuck Schumer made no qualms about the trouble coming to conservative Supreme Court justices just two years ago, and the fact that a man has now been arrested in connection with an attempt to kill Brett Kavanaugh.

That deranged man has now been charged with attempted murder.

Roske of Simi Valley, California, was carrying a gun, knife and pepper spray when arrested and had made violent threats against Kavanaugh, sources said. Roske was picked up on a nearby street after calling police on 911 to report himself.

A criminal complaint obtained by Fox News shows that Roske is being charged with attempting to murder a United States Supreme Court Justice. He is scheduled to have a first appearance in federal court in Maryland Wednesday afternoon.

The crazed individual had no problem telling police what motivated him:

He told officers that he wanted “to give his life purpose” and purchased the gun and other items for the purpose of breaking into Kavanaugh’s home and killing the justice and then himself. Roske admitted in a second interview with the FBI of his intent to kill Kavanaugh and himself, according to an affidavit in support of the criminal complaint.

Roske told detectives that “he was upset about the leak of a recent Supreme Court draft decision regarding the right to an abortion as well as the recent school shooting in Uvalde, Texas,” and believed Kavanaugh “would side with Second Amendment decisions that would loosen gun control laws,” according to the affidavit.

As of this writing, Senator Schumer has yet to address his horrid former threats against Kavanaugh, despite the near-tragedy of this week.