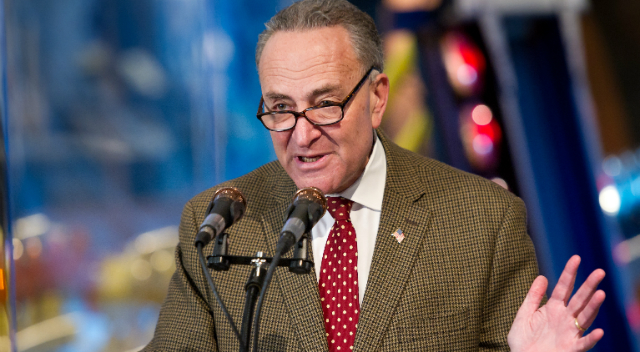 The following article, Schumer Threatened SCOTUS:  'You Will Pay the Price, Won't Know What Hit You', was first published on Flag And Cross.

Just days after the Department of Homeland Security issued an urgent bulletin regarding political violence in America swelling over the summer, the Supreme Court has been targeted in an insidious manner.

Early in the morning on Wednesday, a California man was arrested near the home of SCOTUS Justice Brett Kavanaugh and charged with attempted murder.  The man claimed that he was fueled by anger over the leaked draft opinion that could soon see the court overturn Roe V. Wade.

Now, old threats against Kavanaugh and other members of the court have resurfaced, belying once again the importance of choosing our words wisely.

From a Chuck Schumer speech in Spring of 2020:

Schumer said, “Now, we stand here today because behind me, inside the walls of this court, the Supreme Court is hearing arguments, as you know, for the first major abortion right cases since [Justice] Kavanaugh and [Justice] Gorsuch came to the bench. We know what’s at stake. Over the last three years, women’s reproductive rights have come under attack in a way we haven’t seen in modern history. From Louisiana, to Missouri, to Texas, Republican legislatures are waging a war on women, all women, and they’re taking away fundamental rights. I want to tell you, Gorsuch, I want to tell you, Kavanaugh, you have released the whirlwind and you will pay the price. You won’t know what hit you, if you go forward with these awful decisions.”

As our national divide continues to reach new lows, the culpability for this calamity continues to emanate from the left side of the aisle in a big way.

Continue reading: Schumer Threatened SCOTUS:  'You Will Pay the Price, Won't Know What Hit You' ...