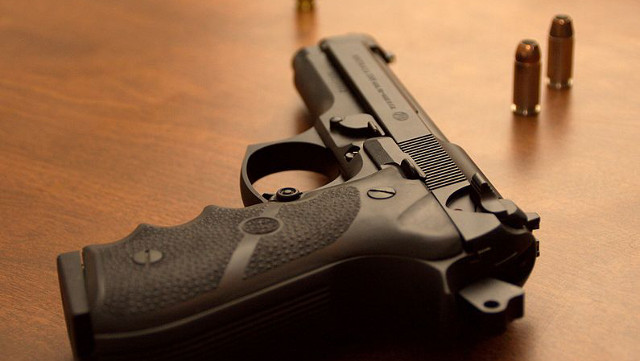 The following article, Gun Control Costs Lives: Dozens Butchered at Church Where Guns Were Completely Outlawed, was first published on Flag And Cross.

A horrific massacre occurred at a Nigerian church on Sunday morning. Armed terrorists killed at least 50 parishioners and injured dozens more after they opened fire at St. Francis Catholic Church, where worshippers had gathered to celebrate Pentecost. The church is located in the southwestern town of Owo in Ondo State.

Reporting from Johannesburg, South Africa, on Sunday night, CNN’s David McKenzie said gunmen arrived on motorcycles, tossed explosive devices into the “packed pews,” and began “shooting indiscriminately” from both inside and outside of the church “for many, many minutes.”

McKenzie told viewers that so far, “there’s no motive given and no group has claimed responsibility” for the attack.

He noted this was “unusual for this part of Nigeria. In the north and northeast, there’s been many years of insecurity and Nigerians have faced kidnappings and murder and wholesale attacks of schools, public transport. … And there really is a feeling at this point in Nigeria that the government just cannot protect its people.”

At least 28 people were killed when unidentified gunmen opened fire during mass at St. Francis Catholic church in Owo, Nigeria, as the country grapples with escalating violence and political instability.

Kennedy Peretei, the publicity secretary for the Peoples Democratic Party in Ondo, issued a statement to The People’s Gazette, a Nigerian news agency, condemning the bloodshed. It read in part: “The Peoples Democratic Party, (PDP) Ondo State Chapter condemns in very strong terms this attack in which more than fifty persons including women and children were killed. It is very sad that human lives mean very little to those whose business it is to provide security for lives and properties in our country.”

The party called for immediate action from the government. “A situation where everybody lives in fear of being kidnapped or even killed in this senseless manner should be addressed as a matter of urgency.”

It is “unacceptable for worshippers to be mowed down in a church. The perpetrators must certainly be animals just in human skin. It is sacrilegious,” the statement said.

Although there is a legal pathway to obtaining a firearm in Nigeria and the eligibility requirements as written in the country’s Firearm Act sound reasonable, in practice, it is difficult to obtain a gun through legal means.

Guns are easily obtainable, however, via Nigeria’s thriving black market. This means that the “bad guys” have little trouble acquiring weapons while most “good guys,” who face prison for possession of an illegally procured firearm in the country, remain unarmed.

If one of the St. Francis parishioners had been armed, the carnage could have been stopped long before the death toll reached 50.

In December 2019, a gunman opened fire on worshippers at the West Freeway Church of Christ in White Settlement, Texas, a suburb of Fort Worth. He fatally shot two people before he was killed by Jack Wilson, a member of the church’s voluntary security team, who was carrying a concealed weapon.

CBS News reports there were 240 worshippers in attendance. There’s no telling how many of them would have lost their lives if Wilson had not been armed and acted so quickly.

West Freeway Church of Christ Senior Minister Britt Farmer: “I’m thankful our government has allowed us the opportunity to protect ourselves” pic.twitter.com/5fLSnSjQzg

Just three months prior to this incident, the state had passed a new law which “allowed licensed handgun owners to carry weapons in places of worship,” according to the BBC.

This law was first proposed in the aftermath of a 2017 mass shooting at a Baptist church in Sutherland Springs, Texas, which had left 26 people dead.

Following the attack, Texas Attorney General Ken Paxton, told reporters: “This is the model for the future.” He said he hoped other states would pass similar legislation.

And yes, there are differences in that there were multiple assailants in the Nigerian shooting versus a single gunman in the Texas shooting, but the sentiment stands. If just one person in the Nigerian church had been armed, fewer people would have died.

There no way to dispute it: Good guys with guns save lives.