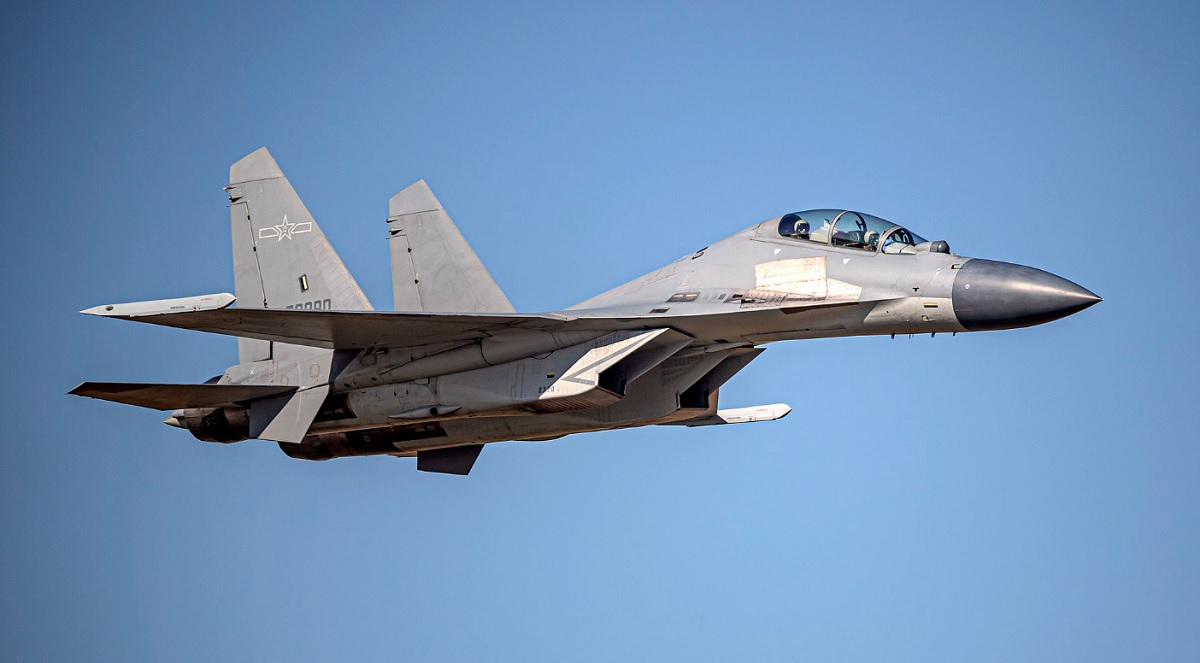 The Chinese warplane performed a dangerous maneuver that risked causing an aerial accident.

The Australian P-8 was flying over international airspace in the South China Sea, undertaking a routine maritime surveillance operation on May 26, when a PLA J-16 fighter intercepted it, Australia’s defense ministry announced in a Friday news release.

“The intercept resulted in a dangerous manoeuvre which posed a safety threat to the P-8 aircraft and its crew,” the release stated. “The Australian Government has raised its concerns about the incident with the Chinese Government.”

The Australian government said that it has carried out such maritime surveillance activities in the region “for decades,” making sure to do so following international law, “exercising the right to freedom of navigation and overflight in international waters and airspace.”

“Defence will not be commenting further on this matter,” the release stated.

However, Australian Defense Minister Richard Marles provided further details on the incident, according to 9 News Australia.

The Chinese fighter flew to the side of the RAAF plane when it was flying over international waters in the South China Sea and deployed aggressive countermeasures, including firing flares and releasing “small pieces of aluminum,” Marles said.

After firing the flares, the J-16 accelerated and “cut across the nose of the P-8, settling in front of the P-8 at very close distance.”

Once in front of the Australian aircraft, the Chinese warplane “released a bundle of chaff, which contains small pieces of aluminum, some of which were ingested into the engine of the P-8 aircraft,” the defense minister said. “Quite obviously, this is very dangerous.”

“I want to make it also very clear that this incident will not deter Australia from continuing to engage in these activities, which are within our rights and international law, to assure that there is freedom of navigation in the South China Sea because that is fundamentally in our nation’s interest,” Marles added.

Chaff is often used as a countermeasure by aircraft to confuse radar-guided missiles. However, it can also be used in the fashion the Chinese fighter did, potentially damage the blades in an enemy jet engine, according to former Australian Air Force officer and Griffith Asia Institute fellow Peter Layton, CNN reported.

Layton noted that the incident could have forced the Australian recon plane to return to base if the ingested chaff shut down one of its engines.

Australia and China are major trading partners. However, in recent years, relations between the two soured because of China’s rising expansionism and aggressive actions in the South China Sea.

Beijing’s recent outreach to Pacific nations closer to Australia’s shores, and reports of its genocide against the Uyghurs in China’s Xinjiang Province, which Uyghur separatists call “East Turkistan,” have contributed to growing tensions between the two Asia Pacific powers.

Over the past decade, China’s close encounters with western militaries have risen as Beijing aggressively asserts its claims over large swaths of the South China Sea in contravention of international maritime law.

In February, according to Business Insider, another dangerous encounter occurred between Australia and China occurred when a Chinese naval vessel sailing close to Australia’s coast flashed a laser at an Australian P-8 airplane monitoring Chinese activities.

Lasers can interfere with a plane’s navigation and other critical systems, as well as even blind the pilot, Business Insider reported.