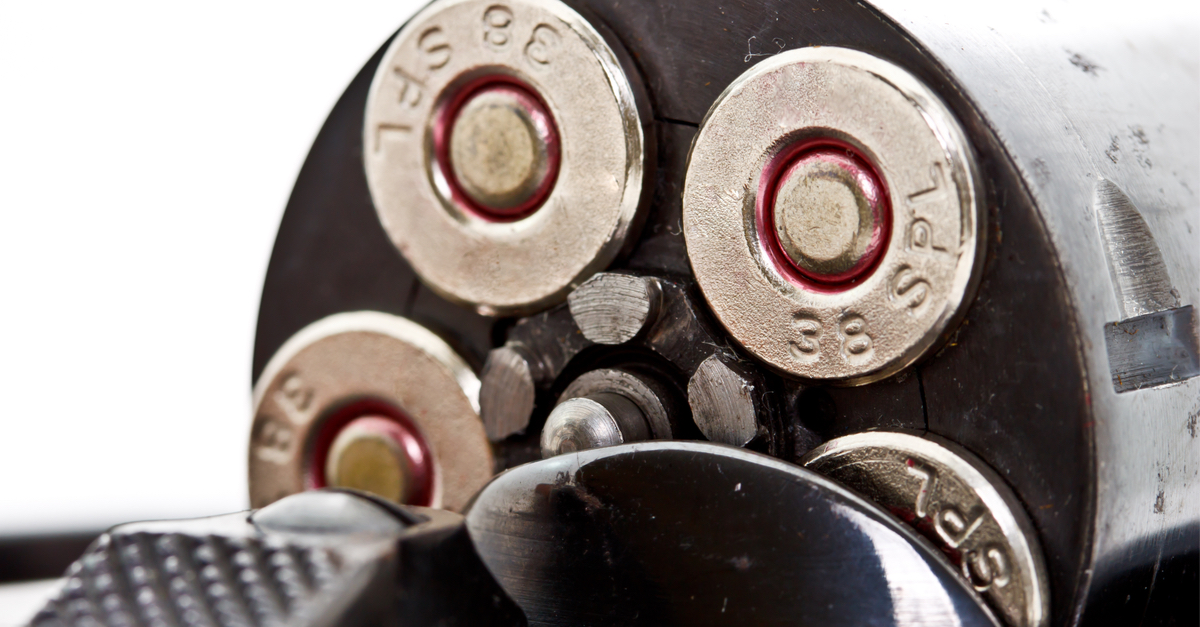 The following article, MSNBC's Chris Hayes Gets Schooled on Conservatives' 'Obviously Deranged Reading' of the Second Amendment, was first published on Flag And Cross.

In his Thursday night address to the nation, President Joe Biden laid the groundwork for a nationwide gun grab. During his remarks, he repeated his now-familiar argument that no amendment is absolute.

Because disarming Americans is a subject dear to most liberals’ hearts, MSNBC’s far-left host Chris Hayes felt compelled to weigh in on the debate.

Hayes on Twitter declared the conservative understanding of the Second Amendment as “an *obviously* deranged reading of it.”

An increasingly mainstream message of gun maximalists is that the *reason* to be armed is so that you can use violence or the threat of it to get your way in the political sphere, basically:”People in government need to worry we’ll pump their bodies full of lead if they cross us”

Hayes continued writing that “In fact, under a certain (once fringe, now common) reading, that’s the whole *point* of the second amendment. People should be sufficiently armed to be able to murder agents of the state en masse if it comes to that.”

“This,” Hayes told his followers, is “an *obviously* deranged reading of it all, totally incompatible with basic principles of civic life and liberal democracy, but it casts a very long and ominous shadow over our politics right now. One that’s getting longer by the day.”

Here’s just one example basically at random, subtly dropped in towards the end of the ad. The second amendment is so people can protect themselves from “intruders or an overly intrusive government.” https://t.co/dOGYy748Rz

“Just play out what that means,” he wrote. “You have the right to shoot an intruder to your home. And you have to right to … put a bullet in the head of someone from the government who is doing things that are ‘overly intrusive.'”

Do you think Americans would revolt if the government tried to confiscate our guns?
Yes: 0% (0 Votes)
No: 0% (0 Votes)

And Hayes concluded: “That’s why, of course, as Stevens’ dissent in Heller so persuasively shows, the ‘well-regulated militia’ stuff in the text of the amendment isn’t just throat clearing. The Founders were smart enough not [to] have their new government cede its monopoly on the legitimate use of force.”

Well, yeah, Chris. That is precisely why U.S. citizens should be armed.

The Democrats’ current power grab is exactly what the Founders feared. It took almost 250 years, but finally, one political party has decided that the values that have made America the greatest superpower in history no longer serve.

They believe the Constitution is outdated and should be discarded and that the country must undergo a fundamental transformation.

The one thing stopping the Democrats is the Second Amendment.

But don’t listen to me. Listen to the group of Twitter users who quickly provided the liberal hack with an education.

Are you starting to get it Chris? What you perceive as the conservatives’ deranged interpretation of the Second Amendment is literally the same as our founders intended it to be.

Although some presidents have exercised their power more than others, up until now, Americans have never faced an administration that is so focused on forcing us into submission. The unprecedented power grab of the Biden administration is threatening our fundamental liberties and our values as a nation like never before.

Our founders recognized that at some point in the future, U.S. government officials would abuse their power, so they wisely included a remedy in the form of the Second Amendment.

So, yes Chris, we will cling to our guns. Because they’ve never been more necessary to us than they are right now.