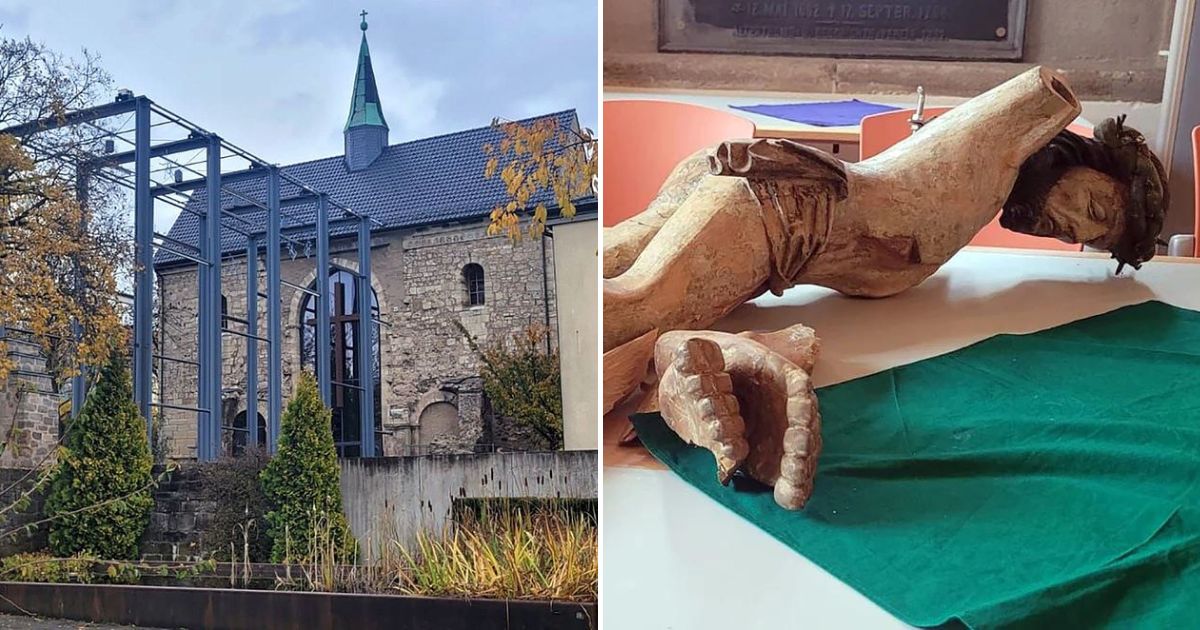 The following article, Migrant Shatters Historic Figure of Christ, Defense Team Claims It Was an Act of Faith, was first published on Flag And Cross.

A church’s historically significant state of Jesus Christ was dashed to pieces after an apparent one-man religious rampage, but now the accused man’s defense team is claiming the destruction was simply an act of faith.

The violent tear erupted at Germany’s Frauenberg church in October of last year. An Afghan migrant was arrested and charged over the incident.

According to Mitteldeutscher Rundfunk, the unnamed man caused over $2,100 in damage.

Marko Siebold, the unnamed Afghan’s legal defender, claimed his client was unable to see the injustice of his actions.

The attorney says the 26-year-old had a problem with the Jesus statue and acted out of adherence to his (presumably Muslim, given that 99.7% of the Afghan population is Muslim) faith when he destroyed the historic piece.

This wasn’t the refugee’s first bit of trouble in the country, either.

After living in Germany for seven years, the immigrant has been involved in major spats with neighbors, been fired from a job and currently is reportedly the subject of four other open criminal investigations.

While it may seem like most any other figure, the vandalized depiction of Christ holds special significance for the area.

The figure, which now lies in pieces awaiting restoration, survived the fires of World War II thanks to a congregation that was determined to save it. Churchgoers in 1945 hid the statue away to protect it from Allied bombing raids over Germany.

After the fall of the Third Reich, the Christ figure remained intact — up until last year’s attack.

As the nature of the crime likely unsettled the congregation, pastor Klemens Muller has turned the incident into a celebration of his church and community.

Muller’s church facilitated a joint event with both congregation members and people from the local immigrant population.

Afghans from the community placed flowers at the altar in apology, MDR reported after the attack last year.

Around 40 refugees came to the church to seek forgiveness for the desecration of the church.

Visitors were humbled by the church’s forgiveness.

“You were attacked and yet you welcome us,” Nordhausen Integration Advisory Board chairman Mohamed Sayed told the pastor. “I felt that gesture of love.

Faithful from both groups took the chance to visit and get to know each other, and the night eventually ended with a prayer.