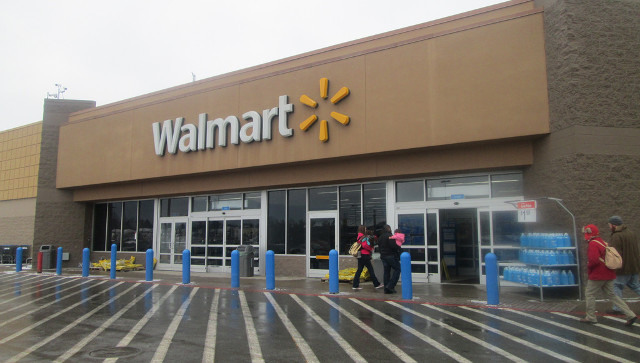 Walmart shareholders overwhelmingly struck down a proposal to produce a report looking into how a roll back on abortion rights might impact employees .

This proposal was investor-led, but shareholders decided against it by a wide margin, Reuters reported.

The proposal was put forward by Clean Yield Asset management, but it was on behalf of activist and investor Julie Kalish.

Kalish wanted to urge Walmart to look into “any known and any potential risks and costs to the company caused by enacted or proposed state policies severely restricting reproductive rights” by the end of the year.

When shareholders voted, only 12.9% of the votes were in favor of the resolution.

This comes in the face of large corporations, like Walmart, having to consider how they will react if the Supreme Court decides to amend or overturn the 1973 Roe v. Wade ruling that legalized abortion.

A month ago, Politico reported on a leaked opinion draft from the court that indicated the Supreme Court might be leaning toward striking down Roe v. Wade.

“The draft opinion is a full-throated, unflinching repudiation of the 1973 decision which guaranteed federal constitutional protections of abortion rights and a subsequent 1992 decision — Planned Parenthood v. Casey — that largely maintained the right,” Politico reported.

The new possibility of Roe v. Wade being overturned has created protests and stirred up questions as to how employers and various companies will handle the issue with employees.

Companies like Amazon and Tesla announced after the leak that if the court strikes down Roe and abortion becomes decided state by state, they will allow employees leave to travel for abortions, Reuters reported.

Lowe’s and TJ Maxx also face proposals like the one Walmart shareholders just voted down.

Walmart is in a unique position, though, because of its size.

With more than 5,000 stores, it is the nation’s largest retailer and hires about 1 percent of the U.S. private sector workforce. About half of its 1.6 million employees are women.

Along with its sheer size, about 30 percent of Walmart’s stores are also located in states with “trigger laws,” which would ban or restrict abortions if Roe v. Wade is overturned. So, Walmart’s position regarding abortion-related policies is no small thing.

But the pressure on corporations over reproductive rights is also affecting the whole financial world and major banks and investors will also have to make decisions about where they stand on abortion.

Asset managers like BlackRock Inc., Vanguard Group, State Street Global Advisors and other major financial institutions have stakes in companies like Walmart and Lowe’s. So they are also being dragged into the debate, the Wall Street Journal reported.

The Supreme Court may be the institution with the final say over Roe v. Wade, but the whole corporate and financial world of the U.S. will have to make decision on abortion that will also deeply affect the U.S. population in very tangible ways.