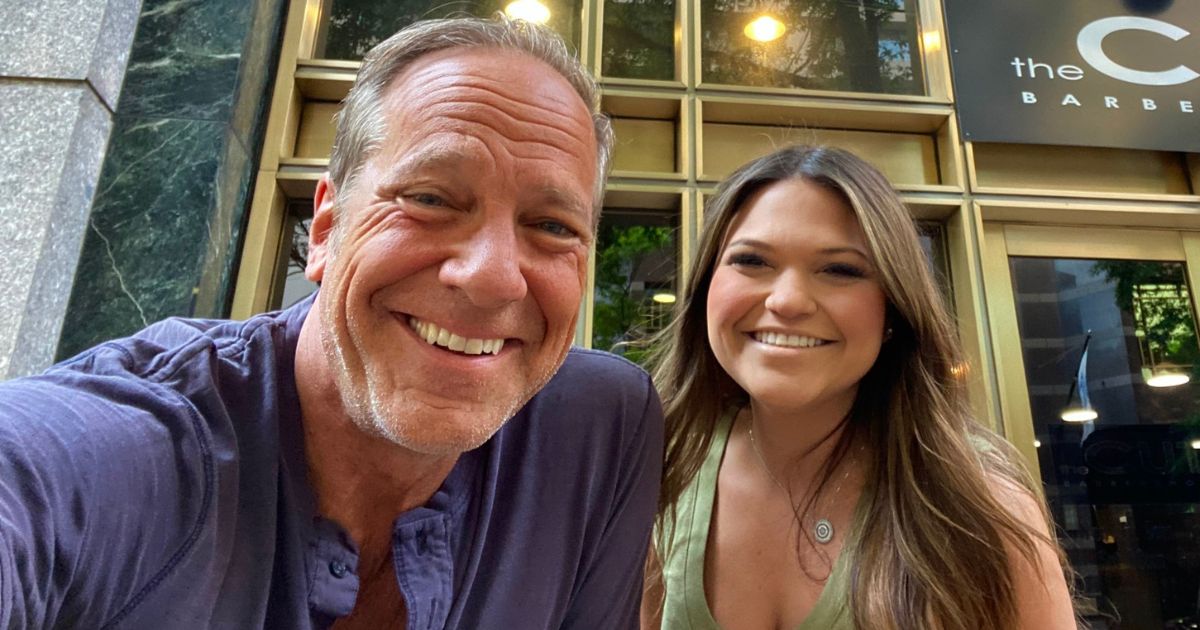 The following article, 'Dirty Jobs' Host Mike Rowe Walks Into Barbershop for Haircut, What the Stylist Did Left Him Smiling, was first published on Flag And Cross.

When Mike Rowe needed a haircut, he made a leap across the generation gap that left him and the stylist happy.

Rowe related the incident on his Facebook page on May 20, explaining that while he was in Charlotte, North Carolina, he examined the disheveled state of his appearance in the window of the CUT barbershop and decided he would invest $35 to appear more civilized.

He then met stylist Allyssa Hagaman, and the repartee began, as Rowe recounted.

“‘Would you prefer I use scissors or a trimmer,’ she said,” according to his post, and he told her to do whichever she preferred.

“Allyssa shrugged. ‘I’m not sure. This is my first day and you’re only my second customer ever. I guess maybe I’d like to try the scissors … if you’re up for it,’” Rowe said.

“In the mirror, I consider her expression, and conclude she’s a smart aleck,” he posted.

For her part, Hagaman told the Charlotte Observer that the banter was “sarcastic.”

Rowe posted that he warned her, “But I should tell you, I’m a hemophiliac. If you cut me, I’m liable to bleed out.”

Hagaman — who said she recognized Rowe but still needed to confirm it was him — said her father watched Rowe’s “Dirty Jobs.”

“Then I asked her about her job, and if she liked it,” he posted.

Rowe learned that she had three jobs — the one she was working at the moment, another salon gig and a position as a hostess in an Italian restaurant.

“Well, technically I’m the hostess, but really, I do whatever needs doing. Mostly, I deal with customers who, you know, need to be dealt with,” he quoted her as saying.

Rowe posted that he asked her: “Do you use the scissors on them, too?”

Her reply: “I am often tempted.”

When she was done and Rowe saw the hair on the floor, he said, “I thought about asking if she could put some back, but she was still armed with the scissors, so I said, ‘It’s exactly what I needed.'”

“Because it was. It was a great cut at a fair price in a barbershop that serves cold beer, made even better by a sparkling conversation on a hot day with a 26-year-old woman who works three jobs,” he wrote.

If you find yourself in uptown Charlotte, NC and looking shaggy, go to the CUT Barbershop. I got a great cut at a fair price in a barbershop that serves cold beer, made even better by a sparkling conversation on a hot day with a 26-year-old woman who works three jobs. pic.twitter.com/wJakYRwBlE

He said anyone who patronizes where she works should “ask for Allyssa, and tell her I said hello. She’s the one with the scissors.”

Hagaman said cutting Rowe’s hair was easy because he “was like talking with an old friend.”

Continue reading: 'Dirty Jobs' Host Mike Rowe Walks Into Barbershop for Haircut, What the Stylist Did Left Him Smiling ...