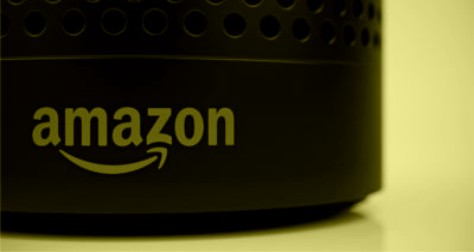 Amazon learned the hard way on Wednesday that no amount of political pandering will ever be enough to satisfy the radical left.

According to Business Insider reporter Katherine Long, Amazon was attempting to host a flag-raising ceremony to celebrate “pride month.”

However, Long said a subset of about 30 Amazon employees expressed dissatisfaction with the company’s wokeness level.

During the ceremony, these leftists decided to hold a “die-in” as a way to “protest of the company’s continued sale of what they say are transphobic books.”

I’m at Amazon’s Seattle headquarters, where about 30 Amazon employees are staging a die-in during Amazon’s Pride Flag raising ceremony in protest of the company’s continued sale of what they say are transphobic books. pic.twitter.com/Pz0Pyy0Mzi

Long said the organizers of the flag-raising event “several times attempted to quell the protest,” but they were unsuccessful.

Eventually, the flag-raising ceremony was canceled as a result of the leftists lying on the ground, wrapped in pink-and-blue flags, because this is what the left has come to in America.

The hosts of the flag-raising event, leaders of Amazon’s company-sponsored LGBTQA+ affinity group, Glamazon, several times attempted to quell the protest before announcing they would cancel the flag-raising ceremony. pic.twitter.com/v3CrfOUBMK

In a subsequent article for Business Insider, Long reported that approximately 30 protesters were members of an internal activist group called No Hate at Amazon.

The group has become increasingly peeved in recent months by Amazon’s refusal to ban books they don’t like.

A petition from the group created earlier this year called on Amazon to stop selling so-called “anti-trans” books on its platform.

“Amazon has established a pattern of platforming and profiting from hate,” the petition said. “Most recently, Amazon has started selling hateful books that attack transgender youth and has shockingly classified and promoted them as bestsellers in the LGBTQ+ category.”

“Amazon workers, especially in the trans and LGBTQ+ community, are pushing to remove these books and others like them because they are directly hurting our community.”

Among the books causing this woke outrage was “Johnny the Walrus,” Business Insider reported. It is a children’s book written by The Daily Wire’s Matt Walsh, and it exposes the logical flaws in allowing children to choose what they “identify” as.

“I don’t think it’s at all unfair or hyperbole to draw a comparison between a boy pretending to be a walrus — which is my story — and a boy, a four-year-old boy or five-year-old boy, saying ‘I’m a girl,’” Walsh told The Western Journal in November 2021. “It’s exactly the same kind of thing.”

He said he hoped this metaphor would help parents understand how dangerous it is to allow children to “change” their gender identity at will.

“I’m hoping that … later on, after they’ve been read this book, when they are introduced to those concepts, they’ll kind of understand the framework in which these things should be understood,” Walsh said.

The book is perfectly logical, and there is nothing in it that calls on readers to attack or express hatred towards transgender people in any way. Nonetheless, No Hate at Amazon wants the company to engage in digital book-burning.

In the eyes of the left, it is not enough for a company to support LGBT individuals by raising a flag or wearing a rainbow T-shirt. Instead, leftists want companies to actively ban any content that goes against what they believe.

If Amazon caves to this demand, it will not be the end of the fight. The woke mob will always have another demand that companies must follow to stay in their good graces, and Amazon would be best served to draw a line in the sand right now.