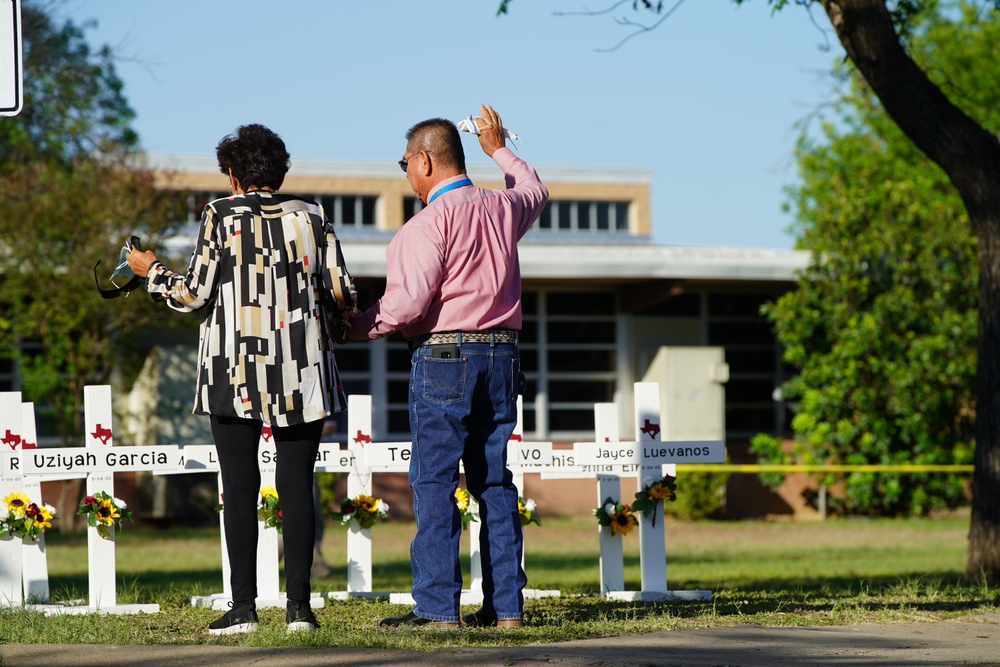 The American electorate has been a bit furious of late, as they continue to witness the aftermath of an unfathomable tragedy in Uvalde, Texas.

And while it may be cruel to admit, it’s not just the nature of the heinous crime itself that has stomachs turning in this country.  Instead, it’s the unbelievably irresponsible response by police that has much of the nation disgusted.

And now that the eyes of America are on Uvalde’s bizarre timeline, the story keeps changing, and men like Lone Star State Governor Greg Abbott are furious.

The official narrative of the mass shooting at Robb Elementary School in Uvalde, Texas, has changed drastically since news of an active shooter at the school emerged on May 24. Authorities have repeatedly corrected official statements, after they were contradicted by new information.

“There’s been a lot of things that have been said — some are correct, some are incorrect,” Texas Gov. Greg Abbott said at a news conference one day after the shooting. Just days later, Abbott said he himself had been “misled” about the police response to the shooting.

The major shifts are being catalogued by the media.

May 25: The day after the shooting, Texas Department of Public Safety Director Steve McCraw — whose agency was by then leading the investigation — said a team of Uvalde police officers and school district officers “immediately breached, because we know as officers, every second’s a life.”

But moments later, McCraw said it was likely that anywhere from 40 minutes to an hour transpired between the gunman’s first shots and him being killed by a team led by a Border Patrol tactical unit. Still, McCraw said, officers “did engage immediately…. [and] saved other kids. They kept him pinned down. And we’re very proud of that.”

The Buffalo and Uvalde mass shootings have put some gun raffles on pause, for now
Abbott said at the same news conference, “The reason it was not worse is because law enforcement officials did what they do: They showed amazing courage by running toward gunfire for the singular purpose of trying to save lives. And it is a fact that because of their quick response … and eliminating the gunman, they were able to save lives – unfortunately, not enough.”

But then, two days later:

May 27: McCraw gave a detailed timeline of the shooting, speaking outside the school. He delivered a stunning revelation: the incident commander, later confirmed to be school district police chief Pete Arredondo, had stopped treating the situation as an active shooter scenario, judging that the gunman had barricaded himself inside, McCraw said. That left officers waiting for more equipment and backup, as Arredondo believed there were “no risk to other children,” the DPS head said.

“From the benefit of hindsight, where I’m sitting now, of course it was not the right decision,” McCraw said. “It was the wrong decision, period. There’s no excuse for that.”

McCraw quoted 911 calls from students inside the school who said some kids were still alive and others were dead — and asking for immediate help. But minute after excruciating minute, that help didn’t come.

Perhaps the second-most troubling aspect of the story’s undulation has to do with who is to blame for the open door.

The gunman entered the school through a rear door, carrying a rifle and a backpack holding ammunition. Because the school sits diagonally on a corner lot, that entrance faces a side street and parking area near where the gunman crashed a truck into a ditch.

May 27: McCraw told journalists the gunman entered Robb Elementary through the back door that was left propped open by a teacher. Moments earlier, he said, the teacher had used the door to get her cellphone.

“That back door was propped open. It wasn’t supposed to be propped open, it was supposed to be locked. And certainly the teacher that went back for her cellphone, had propped it open again. So that was an access point that the subject used,” McCraw said.

Should Robb Elementary be rebuilt? Here’s what other school shooting sites did
May 31: The teacher goes public, saying through an attorney that she removed a rock used to prop open the push-bar door after seeing the gunman, and that she ensured the door was shut.

The teacher had gone outside to bring food from the parking area into the school before lunch. She then got her phone to call 911 to report the truck crash — and while she was on the phone, the driver ran toward her, carrying an AR-15-style rifle.

“So she immediately ran back inside, kicked the rock out and slammed the door,” her lawyer, Don Flanary, told NPR. The teacher, whose grandson goes to Robb, was “devastated” when McCraw said she left the door propped open, Flanary said. When she contacted DPS about the issue, they affirmed her version of events, citing video recordings, Flanary added.

“We did verify she closed the door,” Travis Considine, chief communications officer for Texas DPS, told The Associated Press. He added that the door should have locked automatically when it closed, but it didn’t.

There are plenty more examples of this unbelievable vagary to be found here.