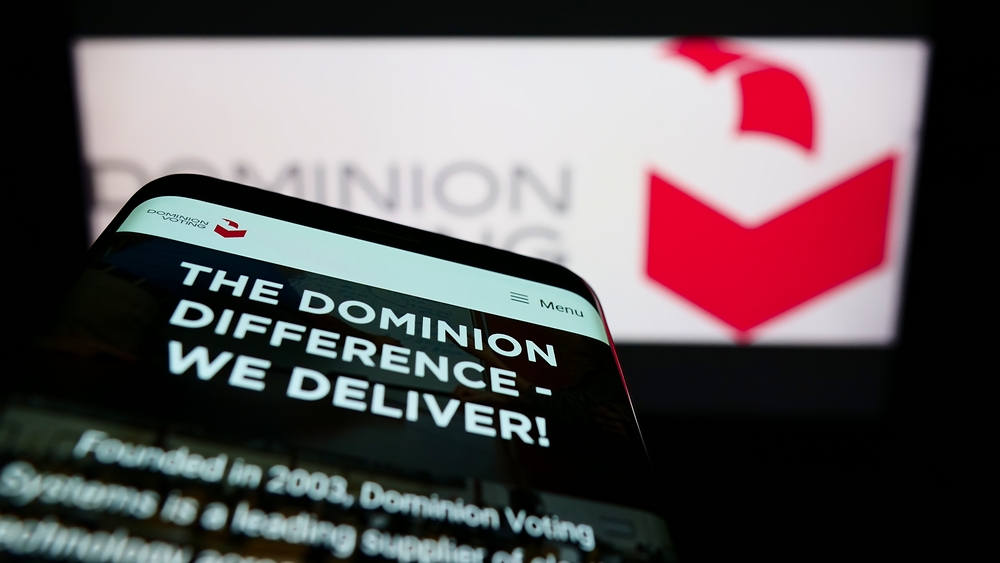 The following article, US Cybersecurity Agency Sounds Alarm on Dominion Voting Vulnerabilities , was first published on Flag And Cross.

Americans far and wide have been having a national conservation of late regarding the safety and security of our electoral systems, with the mainstream media and Silicon Valley spending a rather inordinate amount of time trying to steer that narrative.

Much of the reticence to explore the subject of election security appeared to have been due to former President Donald Trump’s well-publicized concerns about the way in which the 2020 contest shook out.

Now, in rather ironic twist to the tale, some of the same systems that he and his advisers were concerned about are coming under scrutiny from major US cuber security experts, and those revelations are actually finding their way to the media.

Electronic voting machines from a leading vendor used in at least 16 states have software vulnerabilities that leave them susceptible to hacking if unaddressed, the nation’s leading cybersecurity agency says in an advisory sent to state election officials.

The U.S. Cybersecurity and Infrastructure Agency, or CISA, said there is no evidence the flaws in the Dominion Voting Systems’ equipment have been exploited to alter election results. The advisory is based on testing by a prominent computer scientist and expert witness in a long-running lawsuit that is unrelated to false allegations of a stolen election pushed by former President Donald Trump after his 2020 election loss.

And what what types of threats could the vulnerabilities open us up to?

University of Michigan computer scientist J. Alex Halderman, who wrote the report on which the advisory is based, has long argued that using digital technology to record votes is dangerous because computers are inherently vulnerable to hacking and thus require multiple safeguards that aren’t uniformly followed. He and many other election security experts have insisted that using hand-marked paper ballots is the most secure method of voting and the only option that allows for meaningful post-election audits.

“These vulnerabilities, for the most part, are not ones that could be easily exploited by someone who walks in off the street, but they are things that we should worry could be exploited by sophisticated attackers, such as hostile nation states, or by election insiders, and they would carry very serious consequences,” Halderman told the AP.

It was well understood that Russia had attempted to interfere in our digital electoral systems in both 2016 and 2020, and these latest vulnerabilities are undoubtedly going to become targets for the Kremlin once again.