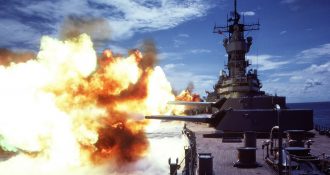 The following article, NYC Mayor Says USS Intrepid is Symbol of Pearl Harbor Resilience, But Ship was Not Built Until After Pearl Attack, was first published on .

New York City’s moron mayor tried to sound like a historian on Memorial Day with a message about how the USS Intrepid was a “symbol of resilience” during the WWII attack of Pearl Harbor. Only one little problem. The ship wasn’t built until after the attack at Pearl Harbor.

“The USS Intrepid is an amazing symbol of resilience. Under attack at Pearl Harbor, it endured. It stands for the sacrifice of our armed forces and our nation’s power to recover from tragedy. We still need that spirit today, and I honor the sacrifices that made it possible,” he wrote. 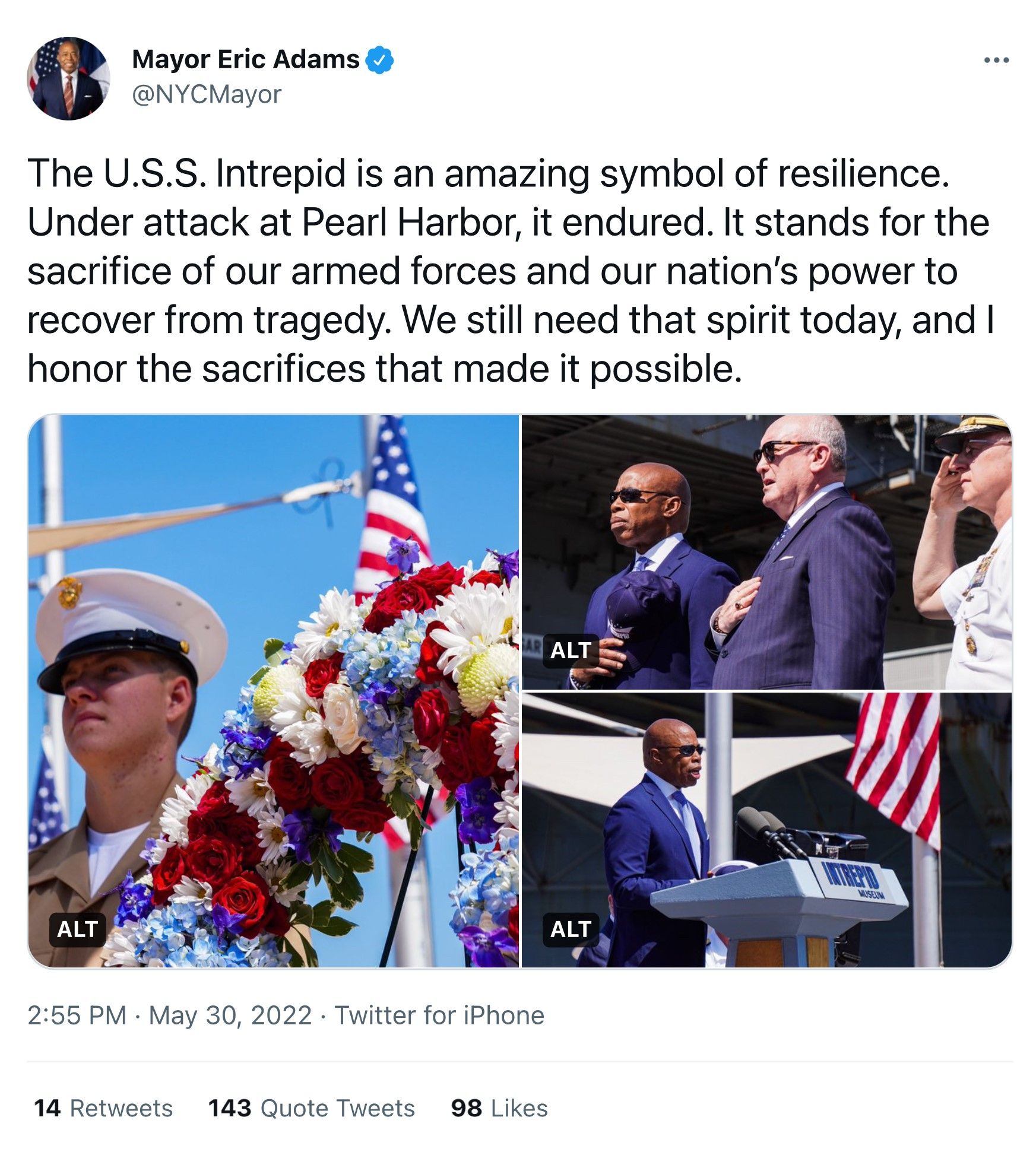 Only one little problem. The USS Intrepid “survived” the attack on Pearl Harbor because it hadn’t even been built yet. The ship wasn’t launched until April 26, of 1943, two years after the attack at Pearl.

And even if it had been built before the attack at Pearl, there is yet another little problem with Adams’ concept.

It’s pretty easy to survive an attack you weren’t around to withstand.

Continue reading NYC Mayor Says USS Intrepid is Symbol of Pearl Harbor Resilience, But Ship was Not Built Until After Pearl Attack ...