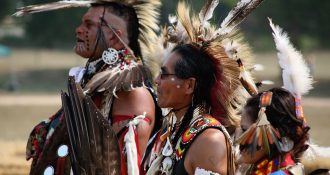 The San Francisco public school system is eliminating use of the word “chief” in titles for district officials so as not to upset Native Americans.

According to the San Francisco Chronicle, the district has ended the use of “division chiefs” and over such terms.

“While there are many opinions on the matter, our leadership team agreed that, given that Native American members of our community have expressed concerns over the use of the title, we are no longer going to use it,” said schools spokesperson Gentle Blythe.

The district will also stop using terms including “chief technology officer” or “chief of staff.”

this goof also took pains to note that changing the title doesn’t change the job or the pay scale of the employee.

“By changing how we refer to our division heads we are in no way diminishing the indispensable contributions of our district central service leaders,” Blythe added.

These people really are idiots.

Of course, the word “chief” has no actual connection to Native Americans. The word is French.

This is all just more foolish wokeism that has no real meaning.