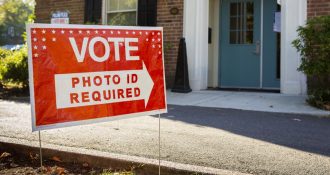 The following article, Down to 36%, Biden Hits Lowest Approval of His Short Presidency, was first published on .

Joe Biden has hit the lowest approval rating of his presidency according to the liberal Reuters/Ipsos poll.

Biden has sunk to a mere 36 percent approval in the Reuters/Ipsos poll, a poll that is always higher for leftists than other polls. So, if this poll shows him at 36 percent, it is likely he’s really lower than that.

The two-day national poll found that 59% of Americans disapprove of Biden’s job performance. His overall approval was down six percentage points from 42% last week.

Biden’s approval rating has been below 50% since August, raising alarms that his Democratic Party is on track to lose control of at least one chamber of Congress in the Nov. 8 midterm election.

In a sign of weakening enthusiasm among Democrats, Biden’s approval rating within his own party fell to 72% from 76% the prior week. Only 10% of Republicans approve of his job in office.

To prove that this polling group is always less harsh on the left, it found Trump at an even lower 33 percent in December of 2017… a measurement that is absurd.

Regardless, if even Reuters puts Biden this low, it is a disaster for the Democrats going into the Midterm elections.

Continue reading Down to 36%, Biden Hits Lowest Approval of His Short Presidency ...