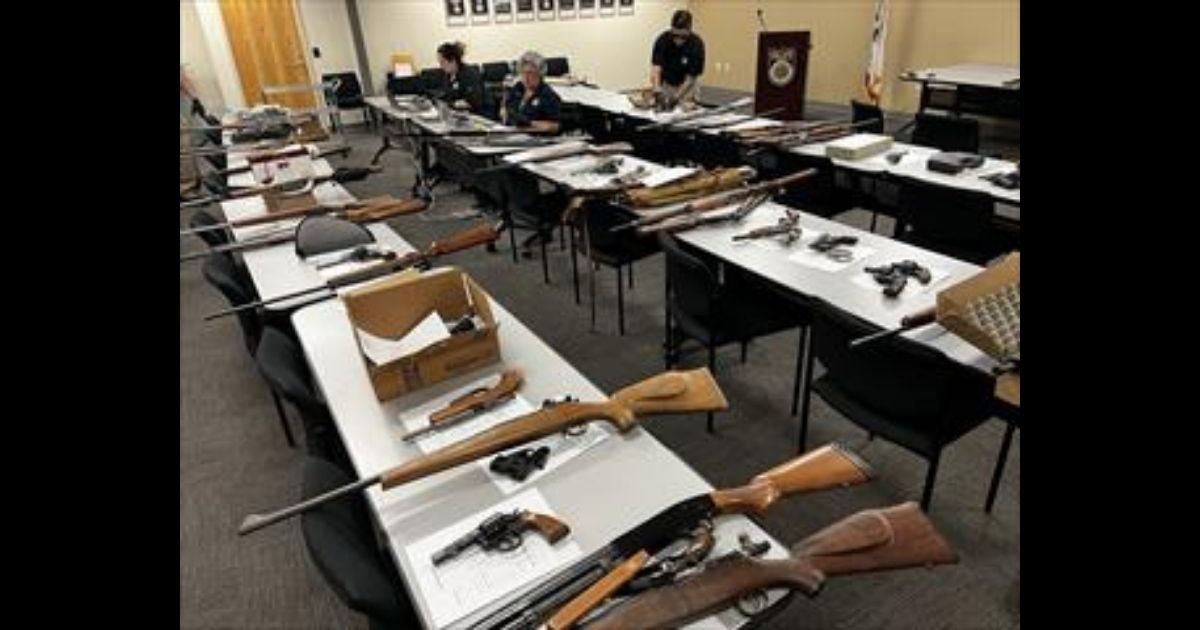 Residents of Sacramento, California’s capital, are handing over their guns in return for $50 gas cards from their local police department.

A gas card gun buyback transferred 134 guns from community members to the Sacramento Police Department, according to a department news release Sunday.

More than 100 people participated in the deal.

Some of the weapons violated California’s draconian gun laws, while others appear to have been completely legal guns.

The Sacramento Police  Department said some residents sought to turn in weapons they couldn’t store safely or use properly or were of questionable legality.

California is afflicted with some of the most severe and crippling gas prices in the nation. The price for a gallon of regular gas in the state on Wednesday was $6.066, according to AAA.

Sacramento residents only got a single $50 gas card per individual firearm, far less value than even the cheapest used firearm at any pawn shop or gun store.

At least one individual turned in what the police department described as an “assault weapon” for $50 of gas.

Some of the other guns traded for gas were also worth well more than $50, judging from the imagery of the haul shared by the department.

The operation appears to have been successful, with the Sacramento police running out of gas cards to trade for firearms.

Due to overwhelming response, we have exhausted our supply of gift cards for today’s gun exchange. We will still be accepting firearms but unfortunately we will not be providing gift cards from this point on. This event will be ending one hour early and will run until 4 p.m. pic.twitter.com/o9u7EohLXX

The gas card buyback allowed community members to turn in their guns without “any questions asked.”

Exorbitant gas prices under President Joe Biden have severely damaged the quality of life of the average American. The average price per gallon nationwide on Wednesday was an all-time high of $4.599, according to AAA.

Biden has failed to act to reverse the phenomenon, continuing to cancel drilling leases on federal lands.

The Democrat has pointed to the gas prices as part of a “transition” away from fossil fuels, suggesting that Americans buy $60,000 electric cars instead of paying more to fill up their gas tanks.

“When it comes to the gas prices, we’re going through an incredible transition that is taking place that, God willing, when it’s over, we’ll be stronger and the world will be stronger and less reliant on fossil fuels when this is over,” Biden told reporters on Monday.