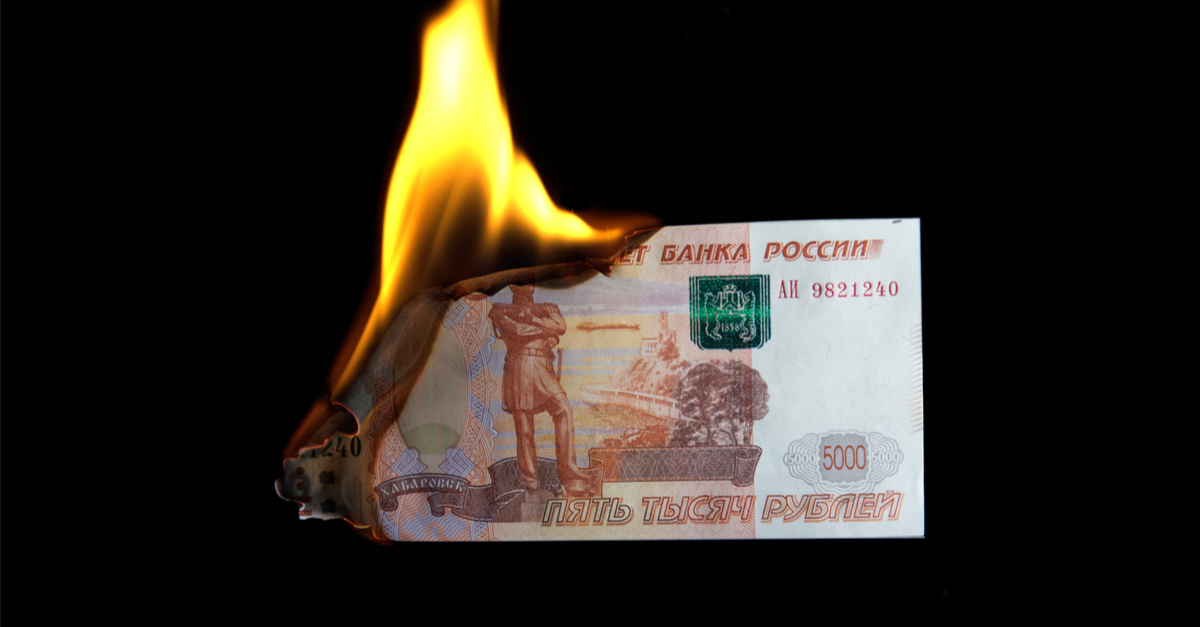 The following article, US Puts Final Nail in Russia’s Economic Coffin with Default Decision, was first published on Flag And Cross.

As the Russian invasion of Ukraine drags on into its third month, the economic long-game being played against Russia is entering a pivotal new stage.

When the war first began, after weeks of warnings from the global community, the US and a great many other nations begin to unleash crippling sanctions against Russia…but not all at once.  They didn’t wish to provoke Vladimir Putin too swiftly, while also tipping their hand in the early weeks of the bloody affair.

Now, as the world’s stranglehold on Russia’s economy begins to stifle the Kremlin’s cash flow, the United States is poised to deliver a mighty blow.

The U.S. has announced that it will not extend an exemption permitting Moscow to pay foreign debt to American investors in U.S. dollars, potentially forcing Russia into default.

Up until Wednesday, the U.S. Treasury Department had granted a key exemption to sanctions on Russia’s central bank that allowed it to process payments to bondholders in dollars through U.S. and international banks, on a case-by-case basis.

This had enabled Russia to meet its previous debt payment deadlines, though forced it to tap into its accumulated foreign currency reserves in order to make payments.

The general consensus is that Russia will attempt to simply declare the default “invalid”, which falls in line with much of the nonsensical gibberish pouring out of the Kremlin of late.