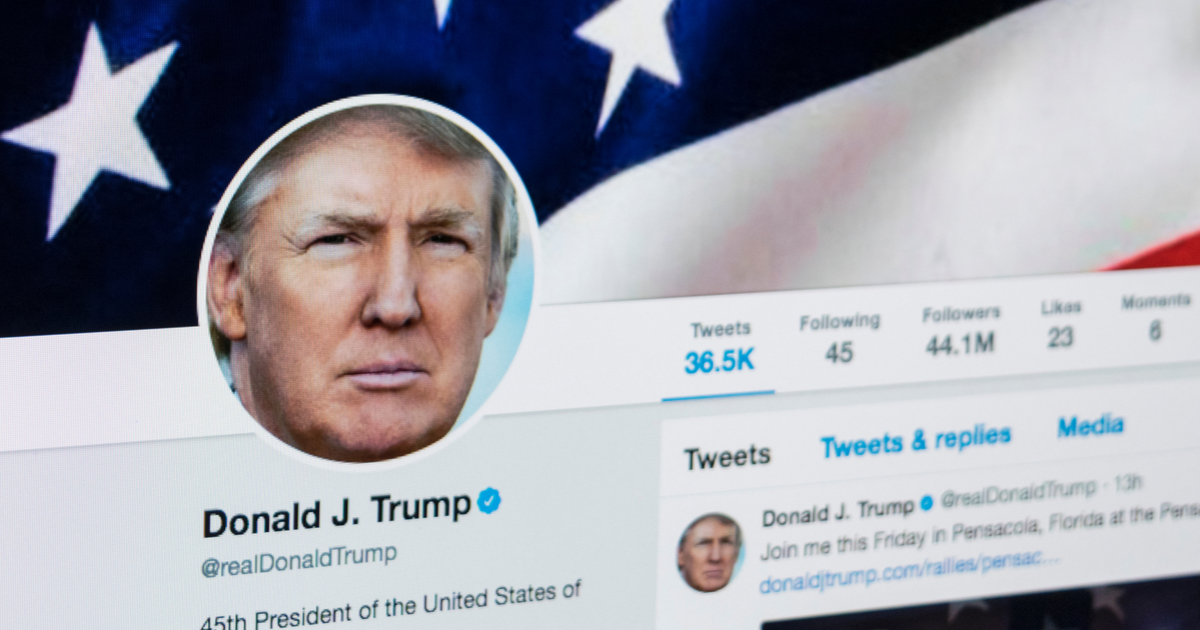 The following article, Trump Shares a Post on New American Civil War: ‘The Enemy Comes from Within’, was first published on Flag And Cross.

Former President Donald Trump doesn’t have to be on the largest social media platforms to cause a big stir.

On the Truth Social platform he launched in February, the country’s 45th president reshared a post that included a comment from the president of El Salvador, highlighting how poisonous United States national politics have become under the Biden administration.

And as usual when Trump spoke, the political world was listening.

As Business Insider reported, Trump reposted a comment from another Truth Social user who included a screen shot of a comment by El Salvador’s President Nayib Bukele that hinted there was an “enemy within” the U.S. working to bring about the country’s downfall.

“The most powerful country in the world is falling so fast, that it makes you rethink what are the real reasons. Something so big and powerful can’t be destroyed so quickly, unless the enemy comes from within,” the Bukele quote read.

Above that, the user — under the screen name “MAGA King Thanos” — wrote the words “Civil war.”

Trump’s political opponents lost little time in publishing frantic responses — without ever addressing the substance of the quote.

Democratic Rep. Eric Swalwell, possibly best known for having an extremely close relationship with a suspected Chinese spy, used a Twitter post to accuse Trump of “calling for Civil War.”

The NeverTrumpers at The Lincoln Project claimed on Twitter that Trump was “advocating for Civil War. Again. This should never be normalized.”

And George Conway, a man whose only claim to public attention is the fact that he’s married to the accomplished Kellyanne Conway, who helped make Trump president, chimed in as well.

“Nothing to see here,” Conway wrote on a Twitter account outfitted with a fashionably ostentatious Ukraine flag — so everyone knows he’s on the good guys’ side everyone else is on. “Just a former president of the United States sharing a social media post advocating or predicting civil war in the United States. No biggie.”

But the two words in the post that Trump republished do not “advocate” civil war, or “call for it,” or even “predict” it. They could be read that way. They could just as easily be read as a description of what is already happening: The United States being attacked by an “enemy within.”

But the really key part of the Trump critics’ posts is that they didn’t address the fundamental issue Bukele highlighted:

During the Trump presidency — despite endless internal “scandals” raised by Democrats and the mainstream media and the opposition internationally from countries disappointed Hillary Clinton didn’t win in 2016 — the U.S. was a different country, on the cusp of a recovery from the coronavirus pandemic, energy independent, with at least some southern border security, forging peace among intractable enemies in the Middle East and leaning on NATO allies to contribute more to their own defense in a Europe that was then more or less at peace.

Less than two years later, with Biden in the White House, the country is being racked by soaring inflation, Americans are at the mercy of foreign nations and soaring gas prices, the border is a disaster, there’s a war in Eastern Europe and NATO nations are scrambling amid the hard proofs of the present day that military might is necessary to preserve the peace.

The Bukele post highlighted how quickly President Joe Biden’s presidency has reduced the United States’ standing and made the salient point: “Something so big and powerful can’t be destroyed so quickly, unless the enemy comes from within.”

The Trump critics didn’t respond to that at all.

When the November midterms arrive, American voters will have a chance to give their answer. There’s a good chance Eric Swalwell and George Conway aren’t going to like it.

Continue reading: Trump Shares a Post on New American Civil War: ‘The Enemy Comes from Within’ ...