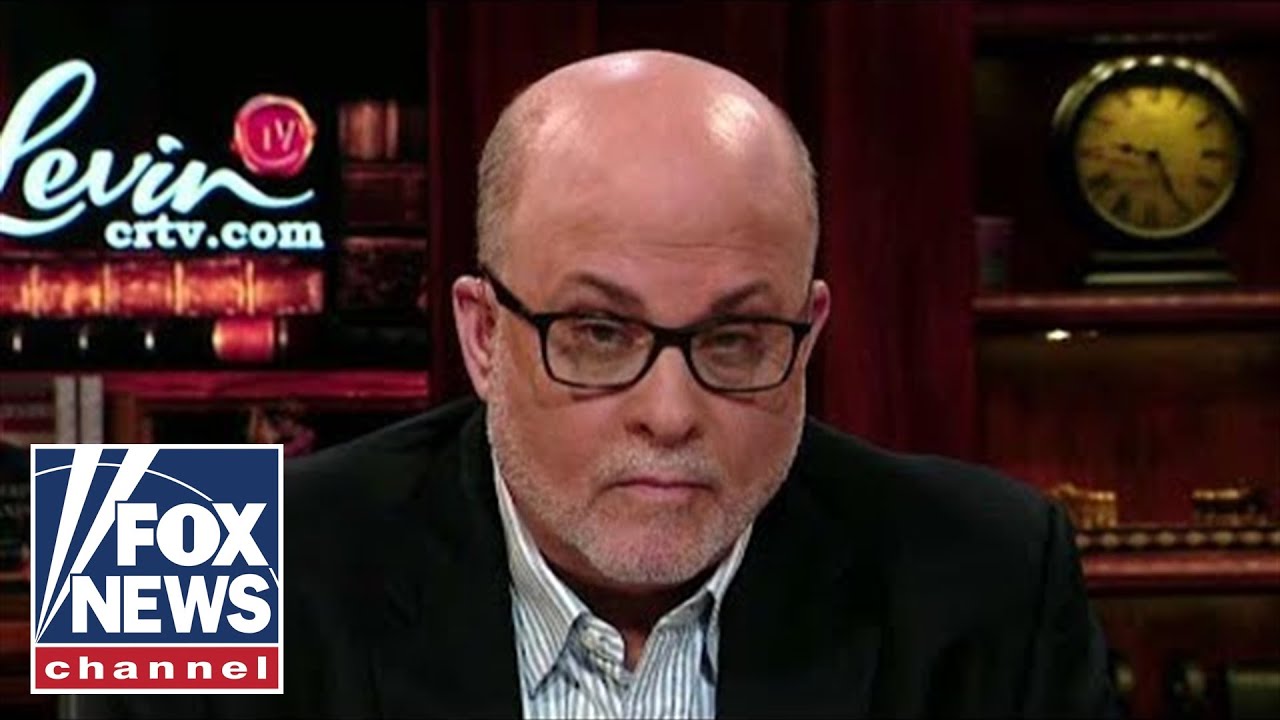 The following article, Thanks to Biden’s Idiocy We’re an Advanced Country That Can’t Make Enough Baby Formula: Mark Levin, was first published on Flag And Cross.

Almost two years ago now, one of the most truculent, frequently combative leftists on my Facebook friends list spent about two weeks whooping it up on social media in ALL-CAPS FASHION!!! and promising to make the next few years blisteringly, exquisitely painful for all the Trump voters out there — who, after being jabbed and being perma-masked, would be permanently ostracized from political good company.

As you can imagine, this individual and I don’t talk much directly. I haven’t unfriended her inasmuch as she gives me a voluble barometer that regularly informs me about what the leftist who isn’t thinking very hard is thinking about right now. This past weekend, it was apparently baby formula.

No, not how President Joe Biden had botched the response to the nationwide shortage of it; she’s nowhere near reflective enough for that. Instead, she was informing desperate friends that she’d heard they could still order formula through Amazon Canada and have it shipped to the United States.

I’m not sure if this is true or not — or even practicable for most parents — but it seems the blistering, exquisite pain of the Biden years has been visited upon all of us, no matter who we voted for. (Here at The Western Journal, we saw this coming and tried to warn America — and we’ll still keep bringing readers the truth about Joe Biden’s failed policies. You can help us by subscribing.)

How bad does this make us look? Well, as conservative radio and Fox News host Mark Levin pointed out, we’re an advanced country that can’t even make enough baby formula for its citizens.

Levin, appearing on Sean Hannity’s Fox News show last week, said voters were “seeing what [Democrat] promises are like when they are actually put into action,” noting that “Joe Biden is a one-man wrecking ball, and he’s taken his idiocy to our economy.”

“Why are they spending the way they are spending?” Levin asked. “They’re collapsing the economy with inflation.

“They were warned about it — and yet they tell us, the more they spend and the more debt you have, it actually fights inflation.”

Levin went on to note that “Joe Biden is, obviously, an economic illiterate, always has been.”

And then on formula: “What kind of advanced country can’t produce enough baby formula? And he blames it on whom? The private sector.”

The Biden administration has laid at least some of the blame on Abbott Laboratories, the formula producer which was forced to shut down a manufacturing plant in Michigan that produces up to 25 percent of the nation’s baby formula, according to CNBC, after bacteria was found in the product. The Food and Drug Administration has refused to allow it to reopen.

However, baby formula shortages were being reported before the Abbott Laboratories shutdown in February. On Jan. 12, The Wall Street Journal published an in-depth analysis of a growing crisis: “Baby formula has been hard to find in many parts of the U.S. for months, sending parents searching for Enfamil, Similac, Gerber and other brands.”

“Retailers and formula makers agree that out-of-stocks are a problem. They don’t agree on how severe it is and who is to blame. Chains like Walmart Inc. and CVS Health Corp. say the manufacturers are having supply issues; formula makers say retailers aren’t getting product to stores once it is delivered.”

Levin said the blame for the shortage lay squarely with “government regulations.”

“The FDA shut down Abbott,” Levin said. “We weren’t importing formula from the European Union, which has stricter standards than we do. And, it’s the private sector’s fault?

“You’re seeing power moving from the private sector to the government,” he continued. “This guy is utterly incompetent.”

He then asked viewers to imagine what would have happened if Biden had been president during the “peak of” COVID-19 in 2020.

Now, of course, Biden’s got the private sector to blame — which is a handy enough synonym for Republican interests in the minds of Democratic voters, even if corporate America a) isn’t particularly Republican and b) isn’t responsible.

Before invoking the Defense Production Act somewhat belatedly to deal with the crisis, Biden told a reporter that if his administration had “been better mind readers, I guess we could have” moved quicker on the baby formula shortage, “but we moved as quickly as the problem became apparent to us.”

In the meantime, I hear there’s Amazon Canada. I don’t know whether that’s legal, affordable, practical or accurate. For that matter, I’m not too certain my unnamed Facebook friend is, either.

The only difference, I’m afraid, is only one of us isn’t surprised Joe Biden managed to get us into these straits.

As Levin said, “Joe Biden is, obviously, an economic illiterate, always has been” on issue after issue.

Some of us knew that before the 2020 election. The rest of us were out in the streets celebrating after the winner was declared, gleefully ignorant of what the next few years held in store.