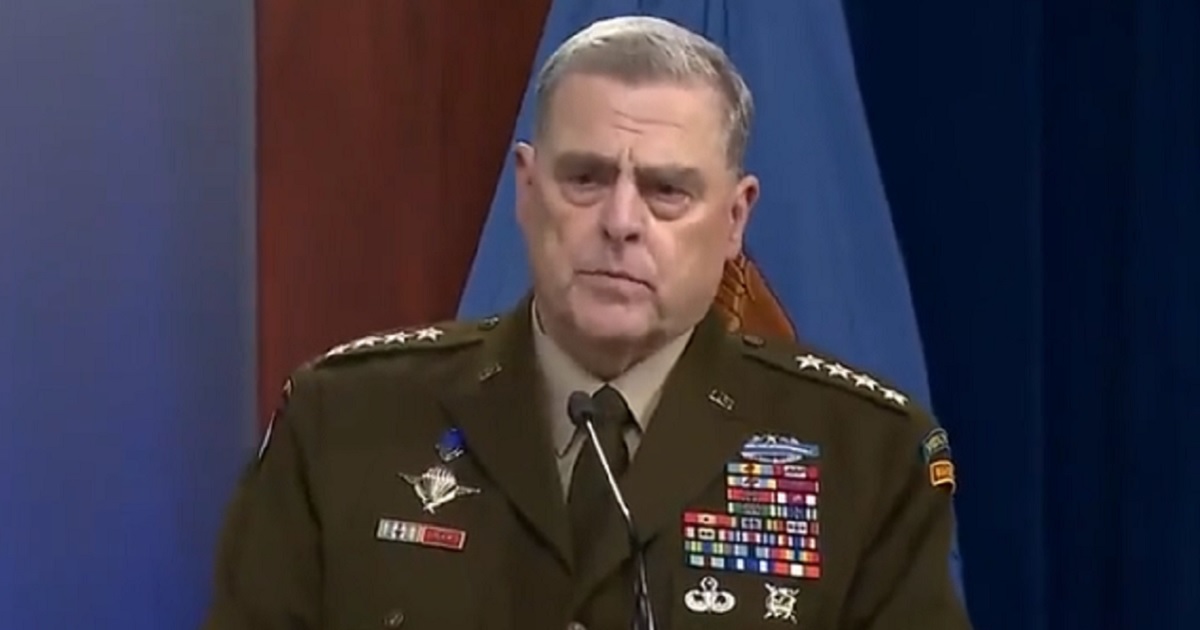 The following article, Milley Tells Graduates: Get Ready for ‘Global War’, was first published on Flag And Cross.

The sheer tension that we feel around the world today is unique to the 21st century, as a number of vast and imminent issues all come to a head at once.

The economies of the world are struggling to recover from the COVID-19 pandemic.  Russia is threatening to nuke anyone who tries to stop their military conquests.  China’s beef with the US has “WWIII” trending on Twitter.  Monkeypox is spreading.

It’s a lot, if we’re being honest, and the latest warning from Gen. Mark Milley certainly isn’t very reassuring.

Gen. Mark Milley told cadets graduating from U.S. Military Academy West Point Saturday to be prepared for increasing risk of global conflict and a host of new weapons technologies in their careers.

“The world you are being commissioned into has the potential for a significant international conflict between great powers. And that potential is increasing, not decreasing,” Milley, the chairman of the Joint Chiefs of Staff, told the cadets at the 2022 commencement ceremony in West Point, New York.

“And right now, at this very moment, a fundamental change is happening in the very character of war. We are facing right now two global powers, China and Russia, each with significant military capabilities, and both who fully intend to change the current rules based order,” Milley said.

Russia’s invasion of Ukraine is teaching the world that “aggression left unanswered only emboldens the aggressor,” Milley said.

“Let us never forget the massacre that we have just witnessed in Bucha nor the slaughter that occurred in Mariupol. And the best way to honor their sacrifice is to support their fight for freedom and to stand against tyranny,” Milley said.

Fears of World War III have been simmering for at least 3 months, after Russia first invaded Ukraine, and with China eyeing Taiwan for themselves, there is a significant risk of trouble ahead.

This coming from a Man who swore allegiance to China?