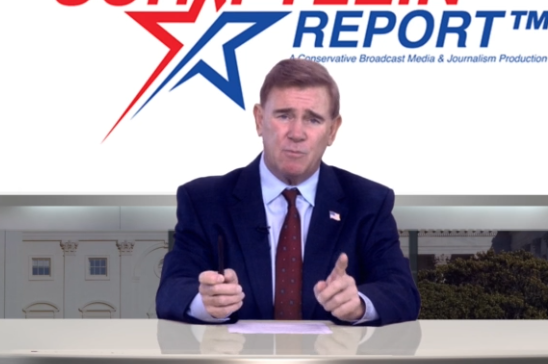 Inflation Concerns Dominate | Schaftlein Report
———————–
Topics:
1) 60% of Americans feel uneasy over Inflation, while 69% state the Economy is bad
2) Jason Furman a top Democratic Economist in the Obama administration confirm what we have been saying for months:
*”The $1.9T spending package in Jan 2021 was much too large, the Federal Reserve was slow to react on reducing its bond buying program and the Russian invasion” He left out the Biden disastrous energy policies
**Biden economic adviser does not rule out a recession later this year of for 2023
3) Biden administration caught flat footed and needed the U.S. military to come tot he rescue by flying in Baby formula from Europe for a problem that was developing for months – Another example of a disorganized White House
4) Fighting intensifies in the Donbas region as both sides make gains and suffer losses
a. Congress and military leaders encourage the U.S. and NATO support of Ukraine with more weapons
b. Ukraine rules out ceding any territory to Russia
c. Top Russian diplomat resigns claiming lies and hatred
5) With Russia sabre rattling its nuclear capability, the military of both Russia and U.S. re-establish contact
*Military allows ABC news to film aboard the USS Maine, a nuclear carrying war ship with the capability to launch 240 weapons and strike within 100 yards accuracy anywhere in the world as a deterrent
6) As we have said for months, Ukraine and the region produces about 25-30% of the worlds wheat and 9% of corn
a. The world is staring at a food crisis in 10 weeks as Russia is blockading ports to transport the grain
b. In a stunning foolish statement, Biden official Samantha Powers says food shortages will push farmers to green energy by replacing fertilizer with natural resources
7) Americans support keeping Title 42 in place at the border by a 55-45 margin – Even many Democrats are relieved
a. The border remains a key issue which represent a stunning indictment of how poorly this administration is managing the border crisis
b. Deportations have fallen dramatically
8) Crime comes to the front pages again with a senseless random unprovoked killing of a man shot on a subway train in NYC
*suspect at large
9) Georgia primary on Tuesday with all eyes on the Republican primary for governor with Kemp leading by a wide margin
a. Democrat Stacey Abrams says Georgia is the worst state to live in – She lost last time and hopefully will lose again – Kemp leads by 5 in the polls
b. Walker leads Warnock by 4 at this early stage
10) In a Sunday interview, former Defense Secretary Bob Gates who served 6 Presidents discussed the colossal failure in the Afghanistan departure confirming the lack of supplies for troops and failure to leave 6K U.S. troops
11) Biden was in Asia over the weekend – The message to Kim “Hello” was odd at best
The message to China was a walk back on Taiwan from the White House – There is no military treaty between the U.S. and Taiwan
12) Biden approval among Independents falls to 34% in CBS poll – A new low