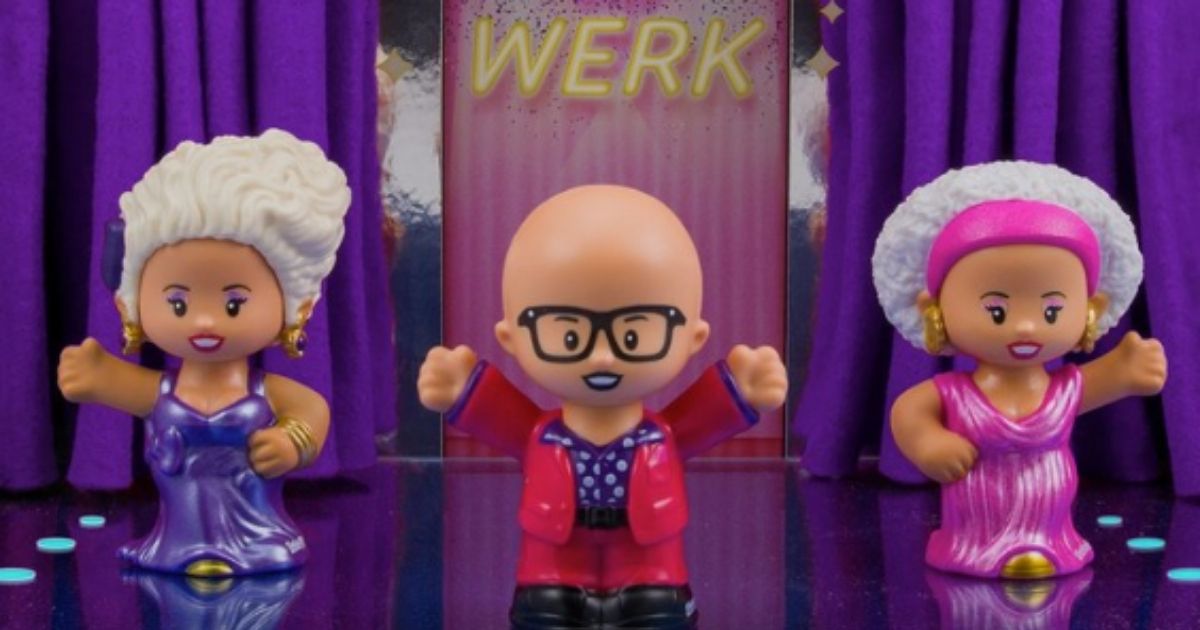 Under the Fisher-Price brand, Mattel has released a three-figurine pack devoted to RuPaul, with two figures in drag and one representing the host of “RuPaul’s Drag Race,” according to WGN-TV.

“The figure pack honors RuPaul’s efforts to inspire people young and old to be true to themselves,” Mattel said in a news release.

Mattel cited what it called “the wise words of MamaRu” in its release, saying, “Don’t be afraid to become the image of your own imagination — it inspires others to do the same.”

“This fun figure set celebrates the iconic American actor, singer, model and television personality with three Little People® figures inspired by dazzling looks from a truly amazing career,” Mattel says in a promo for the figurines on its website. “This must-have figure set comes in a specially designed, gift-ready package, perfect for any fan’s display shelf.”

The toy is grouped in the “toddler and preschool” section of Mattel’s online store.

The new product has been greeted with backlash from the American Family Association, which is calling for Americans to pressure Fisher-Price into discontinuing the toy.

“Thanks, Fisher-Price! Now, parents will have to deal with the confusion experienced by their children when these inappropriate dolls are seen on store shelves,” Monica Cole of One Million Moms wrote on the AFA’s website.

“It is outrageous that a toy company is marketing and normalizing gender dysphoria to young children. Parents who are not already aware of the company’s agenda, please be forewarned: Children are being ‘groomed’ by Fisher-Price drag queen dolls under the disguise of playtime,” she added.

She said there is nothing playful about what the company is doing.

“Fisher-Price is purposely confusing our innocent children by attempting to destroy very definitive gender lines. Why can’t the toy manufacturer let kids be who God created them to be instead of glamorizing a sinful lifestyle?”

Cole said it appears only some people matter to the company, noting that the RuPaul toys are an “obvious attempt to please a small percentage of customers while pushing away conservative customers who hold to the age-old truth that a boy is a boy, and a girl is a girl.”

“Fisher-Price is choosing to push an agenda of sexual confusion instead of promoting its actual product. This PC-inclusive toy set blurs the biological distinctions between males and females. Introducing children to this lifestyle choice is contrary to what conservative, Christian parents are teaching their children about God’s design,” she wrote.