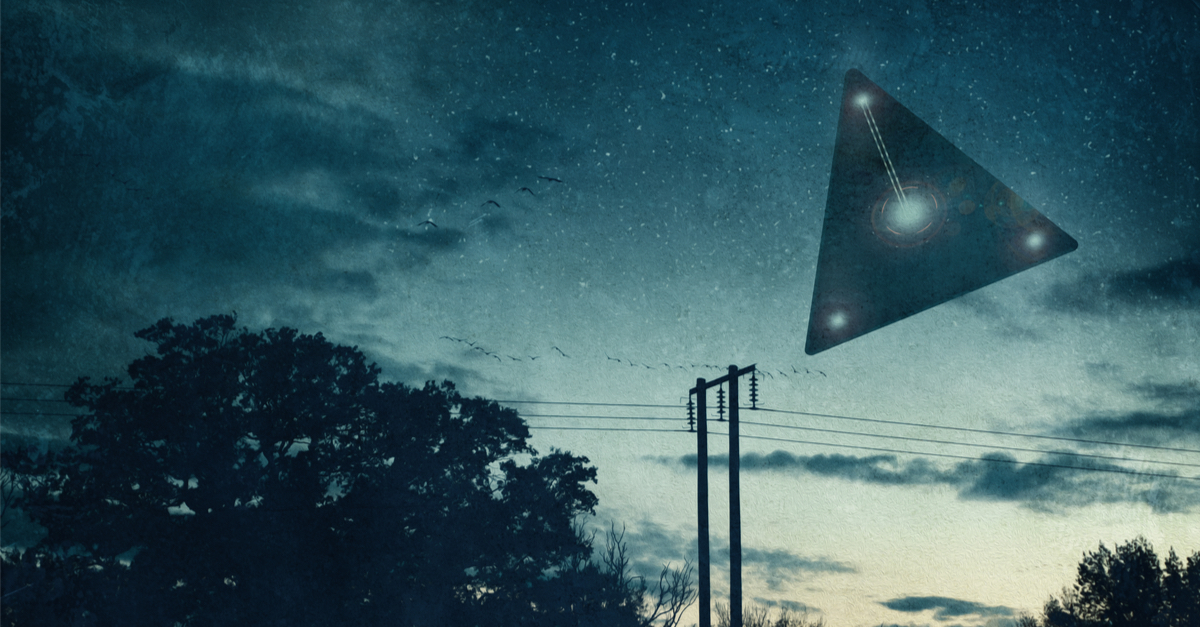 The following article, VIDEO: Triangular UFO Over Ontario has Onlookers Spooked, was first published on Flag And Cross.

This week has been a big one for UFO buffs, and the hits just keep on comin’.

Tuesday saw a nigh unprecedented hearing in Congress, with Pentagon officials finally answering lawmakers’ questions regarding what the government knows about the mysterious phenomenon.  Those officials also provided bizarre, unexplainable video evidence for the public record, marking the first such hearing in well over six decades.

Meanwhile, our neighbors to the north were having their own otherworldly experiences...one of which was captured on a compelling video.

A peculiar piece of footage from Canada shows an odd triangular object silently cruising across the sky and some suspect that the eerie anomaly could be some kind of clandestine military aircraft. The intriguing video was reportedly filmed in Ontario by an individual named Michael and an unidentified female companion as they were out for a walk around sunset. Alas, as is often the case with UFO footage that pops up online, the specific location and date of the strange sighting are unknown. Be that as it may, the video is rather compelling by virtue of the object at the center of the weird scene.

The pair was shocked.

In the video, a triangular object sporting a light on each of its three points as well as red illumination in its center can be seen gliding through the sky while making no noise. “It doesn’t look like a plane,” exclaims Michael, while his friend echoes that bewilderment, marveling “that’s unusual. That is weird.” Fortunately, the footage captured by the couple provides a fairly clear look at the unknown object, although what it could have been remains a matter of conjecture.

No official explanation for the sighting has been proffered as of this writing, and viewers can form their own opinions by watching the footage below.