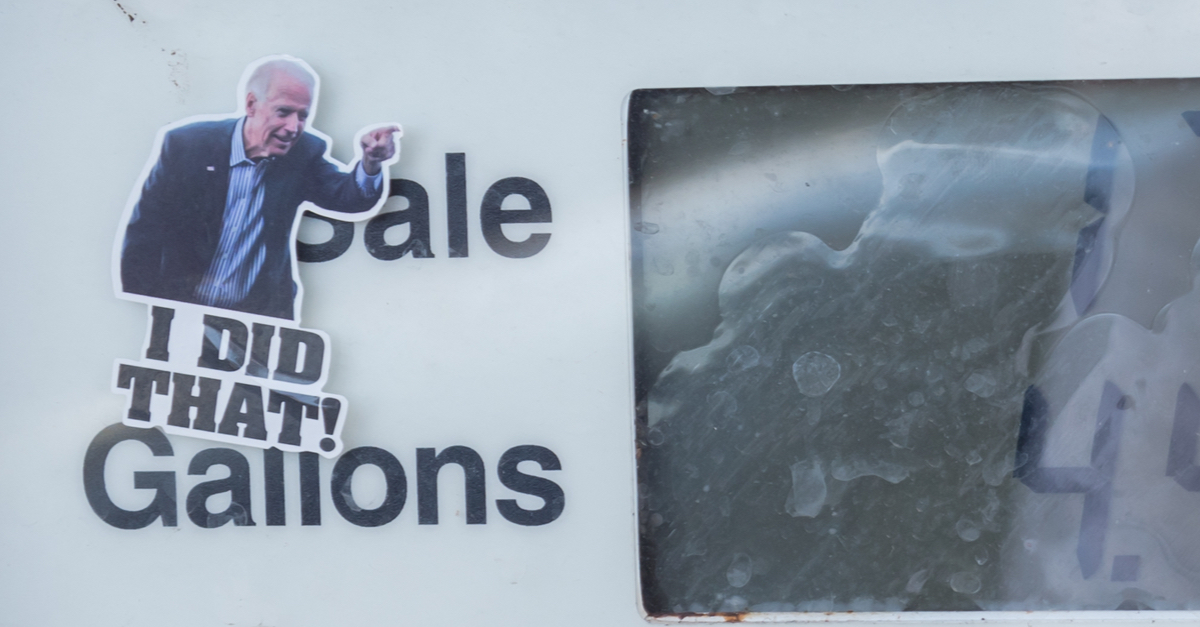 The following article, HE DID THAT: Ugly New Milestone Reached as Biden Gas Prices Soar, was first published on Flag And Cross.

Folks, the Democratic economic squeeze is on, and we’re all feeling it in one way or another.

Inflation, (ahem, Biden-flation), has not been transient, despite the President’s repeated insistence that it would be.  The stock market’s latest fluctuations are signaling a recession on the horizon.  The supply chain is so FUBAR that we’ve run out of baby formula, and the items that we can get have risen in price so much that some of us can’t afford them.

Without a doubt, the most significant economic woe of 2022 are gas prices, which have soared under the Biden administration, hitting an intense new milestone this week.

Wednesday marks the ninth consecutive day that gas prices have reached yet another record high in President Joe Biden’s America, with no immediate relief in sight.

Several states are seeing average figures far above the national average, including California, where the average price now tops $6.00 — $6.050. Notably, no state has an average price under $4.00 per gallon.

If the White House can’t get this under control soon, everyone in America will be asking for a bus pass and a bicycle for Christmas.