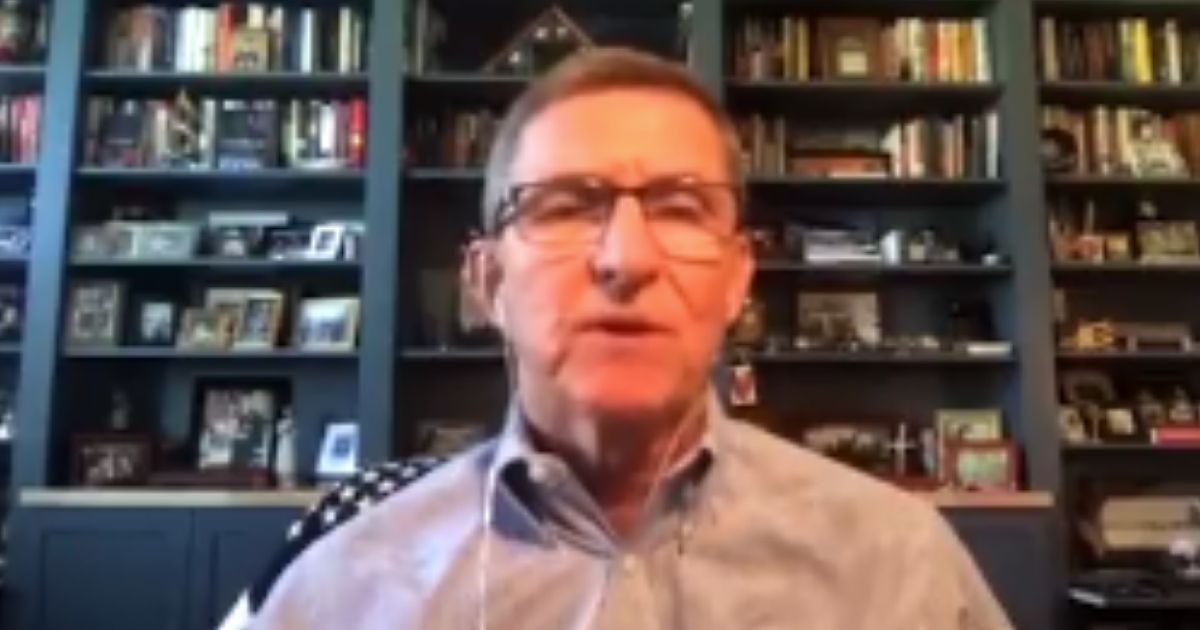 The following article, Gen. Flynn Makes His Move: ‘I Don’t Give a Crap, I’m Going After These People’, was first published on Flag And Cross.

Lt. Gen Michael Flynn is warning the FBI and the U.S. Deptartment of Justice that he is coming for them by filing a lawsuit seeking $50 million in damages for “malicious prosecution” related to the discredited Russia collusion crusade.

Flynn, who was briefly President Donald Trump’s national security advisor until the corrupt FBI began persecuting him, has filed a civil lawsuit seeing $5 million in property damages and an additional $45 million in personal injury for the years-long persecution for allegedly lying to the FBI — a charge he has steadfastly denied.

The general says he is coming for the FBI, including former chief Jim Comey, and all the way up to former President Obama, who directed the DOJ to persecute Flynn just before Donald Trump took office.

Flynn appeared on “The Absolute Truth with Emerald Robinson” on Tuesday to put his antagonists on notice that he is coming for them.

“I have gone back into the Department of Justice to let them know, to put them on notice, that I am going to sue these people — I don’t give a crap about the money … to let them know I’m not going to sit on my laurels, and do ‘woe is me,’ and wring my hands. That we are going to go after these people. And we actually filed, very quietly, an intention to sue the Department of Justice, all of these people, from Jim Comey up to President Obama.”

— The Absolute Truth with Emerald Robinson (@AbsoluteWithE) May 16, 2022

In his lawsuit, Flynn is seeking damages for “lost past and future earnings/revenue, emotional distress, lost opportunity to be President’s National Security Advisor, significant restraints of personal liberty, attorney fees/expenses and court costs in defending against malicious prosecution, abuse of process, false arrest, et al. activities of FBI, DOJ and the White House,” according to Just the News.

“Of all of President Trump’s appointees, the Obama White House hated Flynn the most,” the general’s filing stated as it laid out a very long list of irregularities in the case the DOJ pushed against him.

Flynn’s filing adds that the DOJ’s case is fraught with the failed investigation by the FBI that was goaded by political motivations, not a search for the truth or justice.

Beginning in July 2016, “the FBI began to express disdain for candidate Donald J. Trump and began to consider ways in which it could hamper Donald Trump as candidate or as president, were he to win the 2016 election,” Flynn’s paperwork insisted.

The DOJ charged Flynn with allegedly lying to the FBI about a conversation he had with Russian Ambassador Sergei Kislyak. Under advice from his first lawyer, Flynn pled guilty to the charge. But after retaining new council, he requested to withdraw his guilty plea after evidence finally emerged that supported Flynn’s innocence.

Trump’s DOJ moved to drop the case in May 2019 after it finally emerged that the FBI investigators actually determined that Flynn did not lie to them during their interrogations of him. Therefore, the charges were based on an outright lie pushed by the DOJ.

The judge’s decision to continue the persecution despite that there was no case against the general eventually spurred President Trump to issue Flynn a full pardon just to finally put an end to the farce.

“Flynn was the target of a politically motivated investigation and prosecution that had no merit when it began, no merit during its course and no merit in the end when the charges were withdrawn by the DOJ and ultimately dismissed by the Court after Flynn received a full pardon,” the new filing claimed.

“During that meritless and unlawful investigation and prosecution, Flynn was falsely and maliciously painted by the conspirators as a traitor to his nation who acted in concert with a foreign power, and the SCO even threatened Flynn’s son with prosecution unless Flynn were to plead guilty,” the suit continued. “The federal government’s targeting of a citizen for baseless criminal prosecution and eliciting a plea bargain through threatening of family members is outrageous conduct of the highest order. The fact that it was orchestrated and carried out at the highest levels of the FBI, DOJ and White House makes it all the more outrageous.”

Flynn has been warning about these dangerous people for some time. In December of 2020, he noted that, “We do not want a world governed by tyrants whom no one has elected and who want to have power in order to destroy us.”

“We understand what their plan is: to eliminate dissent, subdue any criticism and outlaw those who do not submit unconditionally to the dictatorship of the ‘new world order.'”

“Let’s not forget that by the crimes they have committed,” he added, “they have violated our laws; they have betrayed our nation and their oath to serve our country, their oath to preserve, protect and defend the Constitution.”

The government sought to destroy Michael Flynn because they feared he would expose their corruption and convince Donald Trump to put an end to their nefarious plans to co-opt our government institutions.

Continue reading: Gen. Flynn Makes His Move: ‘I Don’t Give a Crap, I’m Going After These People’ ...