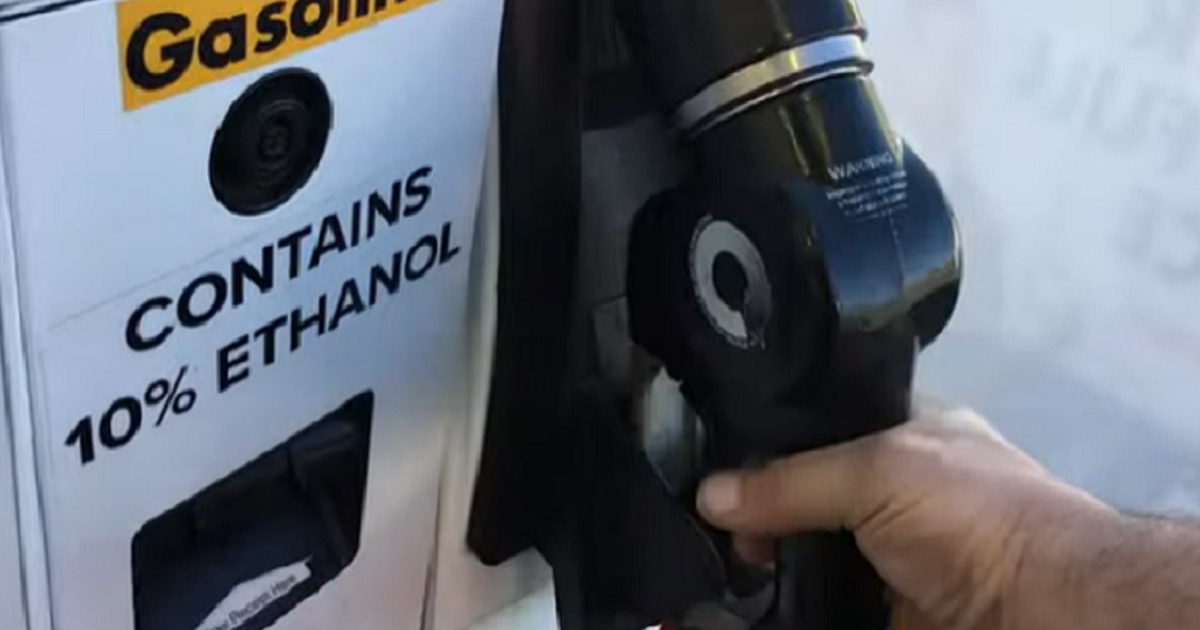 The following article, Gas Stations Running Out of Gas, Pumps Reprogrammed to Include Double Digit Price Per Gallon, was first published on Flag And Cross.

A 76 Gas Station in Auburn, Washington, recently reprogrammed its pumps for double digits in anticipation of higher gas prices. The current rate of increase could put gas prices over $10 a gallon in the state.

While President Joe Biden may not be able to count that high these days, for the rest of us, it’s a scary thought.

In the Washington Tri-Cities of Kennewick, Pasco and West Richland, customers driving up to the pumps are finding notes saying the station is totally dry — some offering only diesel, The Post Millennial reported.

Ever since Biden took office in 2021, gas prices have been higher than Bill Clinton was that time or two he “wasn’t inhaling.”

According to the American Automobile Association, gas prices are now at their “Highest Recorded Average Price” of $4.567 as of Wednesday.

When a more competent president (God-willing) takes office in 2024 and gas prices subsequently drop, no doubt Biden will take credit for the decrease. But why the mysterious increase in the first place? Are COVID-19 and Russia the cause, as Biden claims?

According to Fox News, during Biden’s first day in office, he signed an executive order which “paused” the leasing of oil and gas on federal land. By the end of that year, the Department of Interior then recommended all kinds of new fees and regulations, which would drive up onshore drilling costs and remove the incentive for companies to lease the land.

His next folly that day was signing the executive order which revoked the permit for the Keystone XL pipeline.

Running from Alberta, Canada, to as far south as Texas, the Keystone pipeline is broken into four phases. The first and second phase, which deliver oil to the Midwest, went online in 2010 and 2011 respectively.  The latest phases, three a and b, deliver to Texas refineries and have been online since 2017.

Phase four, the Keystone XL pipeline, would have connected the phase one pipeline in Alberta all the way to Nebraska in a more direct route and, with a larger diameter pipe, could transport almost 1 million barrels worth of oil a day.

Former President Donald Trump moved in 2017 to permit the completion of phase four of the pipeline, but on Biden’s first day as president, he signed an executive order canceling the permit which the TC Energy Corporation had already acquired to complete the pipeline.

In a tiny nutshell, this equates to a giant loss of jobs and a lot less oil moving through the country. And, of course, more reliance on other countries for oil, countries like Russia.

But wait a minute, didn’t Biden put an oil sanction on Russia? Oh yeah, according to the White House, Biden banned “the import of Russian oil, liquefied natural gas and coal to the United States” earlier this year.

If, at this very moment, gas prices were not already high enough, the Biden administration announced last week it will not be moving forward with the gas and oil lease sale in Alaska. This would have allowed the potential drilling of over 1 million acres in Alaska’s Cook Inlet. Also according to Fox Business, the DOI stopped two additional lease sales in the Gulf of Mexico.

“Due to lack of industry interest in leasing in the area, the Department will not move forward with the proposed Cook Inlet OCS oil and gas lease sale 258,” a source at the DOI told FOX Business on Thursday.

“The Department also will not move forward with lease sales 259 and 261 in the Gulf of Mexico region, as a result of delays due to factors including conflicting court rulings that impacted work on these proposed lease sales.”

It’s like they’re intentionally trying to have high gas prices.

Now, Biden’s whimsical ideas of cutting fossil fuels and switching to alternative fuel sources are giving way to the cold, grim reality of fuel shortages (if they haven’t been giving way already).

One such reality exists for those Washington residents struggling to find fuel. In their local Facebook groups, members shared that more than ten gas stations are out of fuel, including Circle K’s and Exxon’s.

Biden can only blame himself for record high gas prices.

So, what does this mean for the average American? Well, if gas stations are preparing for double-digit gas prices, that means we should probably do the same.