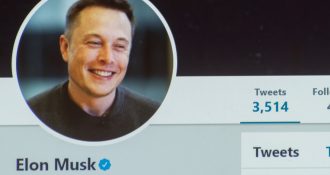 The following article, Elon Musk Says Twitter Battle Has Taught Him to Vote Republican, was first published on .

Billionaire Tesla chief Elon Musk now says that he has never voted for a Republican before, but he’s changing his mind about that.

According to Business Insider, Musk says that he has “overwhelmingly” voted for Democrats in the past, but his experiences of late is changing that outlook.

Insider notes that Musk made his comments at a Miami tech conference:

“The reality is that Twitter at this point, you know, has a very far left bias,” Musk said at the conference. “I would classify myself as a moderate, neither Republican nor Democrat.”

“I have voted overwhelmingly for Democrats, historically. Like I’m not sure, I might never have voted for a Republican, just to be clear,” he continued.

“Now this election I will,” he added. While Musk did not specify if he was referring to November’s midterm elections or the 2024 presidential election, his comments elicited an enthusiastic response from the audience and panelists.

Musk also assured the audience that he intends a “moderate” Twitter once he takes over, not a “right-wing takeover.”

“But it’s indicative of the fact that, even though I have a lot of resources, I do not actually have the ability to stop the media from trashing me,” he added. “And that’s a good thing.”