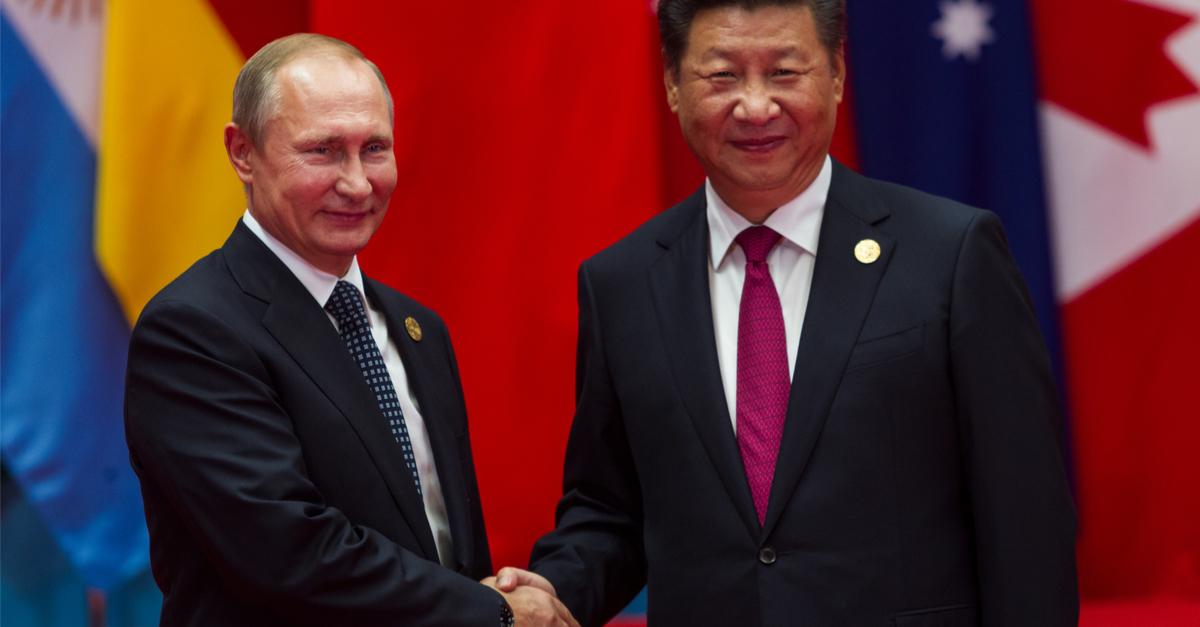 The following article, Op-Ed: Xi Jinping Is Watching Putin to Decide When to Attack Taiwan, was first published on Flag And Cross.

Chinese President Xi Jinping is watching Russian President Vladimir Putin’s war in Ukraine to decide when to attack Taiwan. At this point that decision is made, but the timing won’t be settled until this fall and before President Joe Biden leaves the White House.

Let me untangle some issues that will dictate Beijing’s timing for its assault on Taiwan: Xi’s enemies and economic challenges, Biden’s green light indicators for Putin’s war, a growing list of battlefield lessons, and Biden’s broken foreign policy.

Beijing regards Taiwan as a breakaway province, and Xi stakes his future on returning it to Chinese rule.

Last fall, he declared the Chinese people have a “glorious tradition of opposing separatism” and that “complete reunification of the motherland must be fulfilled, and will definitely be fulfilled.” The communist chairman added, “The Taiwan question is purely an internal matter for China, one which brooks no external interference,” and he warned last year, “Anyone who would attempt to [interfere] will have their heads bashed bloody.”

Yes, Mr. Xi is committed to reunification, but the timing is bound by two realities.

The first is the possible confirmation of his third term in office, an unprecedented eventuality since Mao Zedong’s death in 1976. Xi’s third term would begin this November.

Xi’s hold on power, however, isn’t assured. Feng Chongyi, a professor at the University of Technology Sydney, said last year that some officials are “in strong opposition and are trying their best to prevent Xi’s next possible term.”

Those enemies know Xi’s Achilles heel: a sagging economy. According to the Communist Party’s “Shanghai Gang” faction, Xi is ruining the Chinese economy and must be ousted.

So, if Xi is to gain a third term, he must balance his domestic opposition and his economic vulnerability before assaulting Taiwan. After all, he learned from the Ukraine war that an attack on the democratic island nation will earn him severe economic sanctions, further threatening China’s economy. Thus, he intends to delay any invasion until after he is assured another term.

The other reality for Xi’s anticipated assault is identified by Andrei Illarionov, Putin’s economic adviser for almost six years in the early 2000s.

Illarionov, now a senior fellow at the Center for Security Policy, said the Chinese are learning from Putin’s war. He explained that Putin’s “decision to invade Ukraine is based on his absolutely correct understanding of President Biden. Without Biden in the White House, Putin would never invade Ukraine.”

Xi learned from Putin that Biden is weak and broadcasts what he will and won’t do — a predictable enemy.

“Mr. Putin is a very good psychologist,” Illarionov said. “He studied [security agency] files for Mr. Biden. He understood that’s a person who would never do anything against his invasion against Ukraine.” In fact, Biden showed his hand long before the war began.

Last year, Biden removed sanctions on Nord Stream 2, renewed the U.S.-Russian nuclear arms agreement without negotiations, did nothing about the buildup of Russian troops on Ukraine’s border and ordered U.S. warships out of the Black Sea after a Russian-Dutch naval confrontation. Putin perceived these moves as weaknesses, an effort on Biden’s part to avoid confrontation.

He sent William Burns, the CIA director, to Moscow, where, according to Illarionov, he offered guarantees “on issues of security, even when Russian troops [were] on the Ukrainian border and ready to attack Ukraine. That can be understood only in one way: Biden administration is giving green light for Putin to attack Ukraine.”

Then, in December, Secretary of State Antony Blinken met with his Russian counterpart to discuss the Ukraine crisis. However, Illarionov said, “90 percent” of the discussions were about the Iran nuclear deal, yet again “giving a green light to Mr. Putin to attack Ukraine.”

On other fronts, according to Illarionov, Biden recalled American citizens and military personnel from Ukraine. He even offered to help President Volodymyr Zelenskyy leave Ukraine. Once again, Illarionov said, “Mr.  Putin understood these signs in the exactly right way”: as weakness and a go-ahead to invade.

Xi understands that Biden was never serious about stopping Putin’s war. In fact, Illarionov said Xi, like Putin, “understands very well that there is a unique window of opportunity … when Mr. Biden is the president. With any other U.S. president … [an invasion of Ukraine or Taiwan] would be impossible.”

The Russian concluded, “This dangerous moment will last at least until January 2025, until hopefully another president will be in the White House.”

Of course, there are numerous other lessons from Russia’s war for the Chinese dictator. His invasion of Taiwan will be tougher than Putin’s assault on Ukraine because the Chinese are attacking a well-fortified island nation 160 miles from the mainland, a true logistics nightmare. Further, unlike the go-it-alone fight forced on Kyiv, the government in Taipei expects the U.S. and other Western powers to directly intervene.

The most important lesson for Xi is that Biden is a predictable, weak enemy who broadcasts his intentions. So unless the Biden team finds better foreign policy acumen, we could as soon as late fall see the skies reflect green lights signaling Xi to assault Taiwan.