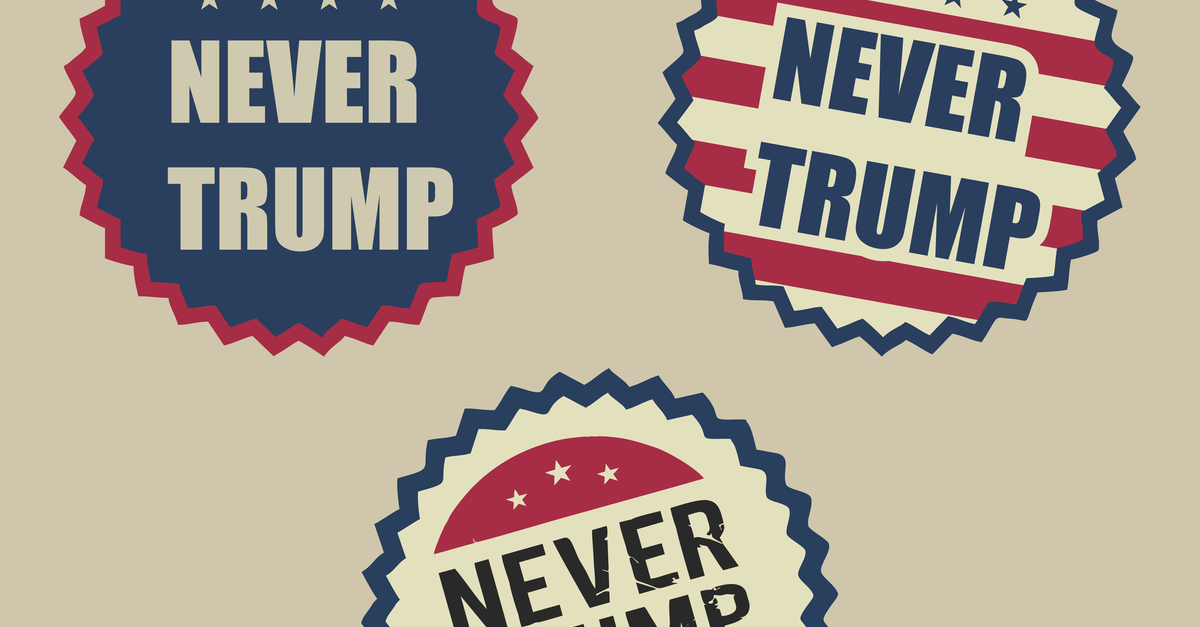 The following article, NeverTrumper Blasted for Blaming MAGA Movement for Buffalo Shooting – Before the Blood Was Even Dry, was first published on Flag And Cross.

She couldn’t even wait until the blood was dry?

Proving once again that NeverTrump “conservatives” are as maliciously deranged as their leftist comrades, the once-respectably conservative commentator S.E. Cupp showed the world on Saturday just how unhinged she’s become since the rise of Donald Trump in Republican politics.

But the reactions she’s getting from the right are showing how little patience is left for that brand of malevolence.

According to CNN, Saturday’s shooting in Buffalo, New York, that left 10 dead, took place about 2:30 p.m., when the 18-year-old gunman with racist, anti-black motives started firing.

Not five hours later, CNN contributor Cupp was on Twitter blaming all the left’s usual suspects for the killings.

“The toxic garbage being pushed by MAGA, Q, Fox, and even many GOP members of Congress has REAL consequences. But these are the same people who’ll insist right-wing extremism ISN’T a threat to our natl security — it isn’t even REAL, they say,” Cupp wrote. “It was very real in Buffalo today.”

The toxic garbage being pushed by MAGA, Q, Fox, and even many GOP members of Congress has REAL consequences. But these are the same people who’ll insist right-wing extremism ISN’T a threat to our natl security — it isn’t even REAL, they say. It was very real in Buffalo today.

There is no doubt that what happened in Buffalo was reprehensible — a stomach-turning example of murderous madness in action. No sane person would deny that.

But it is simply not normal for a human being to hear of the violent deaths of her fellow human beings and turn her immediate thought into political castigation.

Now, Cupp was far from the only one engaged in this behavior on Saturday. In the current era of polarized politics, it’s become a knee-jerk reaction, particularly on the left, for Americans to see mass murder through a grotesquely partisan lens.

But what makes Cupp stand out is that she didn’t used to be so deranged. In the years before Trump’s electric rise, Cupp was a reasonably reliable voice on an American right that was being gradually suffocated by the overwhelming cultural advantage of the left in the mainstream news media, the entertainment world and in academia.

This was a country that had just seen Barack Obama elected to the presidency twice — the most radically leftist administration in American history hidden behind a “hopey changey” façade. With the mainstream media outlets cheering him on, it appeared to even dedicated conservatives that the tide was running against them.

Then Trump changed all that. Obviously not perfect as a man or a politician, he reignited the conservative movement in the vast American heartland. The institutional conservatives like Cupp haven’t forgiven it — and are evidently furious at the enormous influence Trump continues to wield.

So blaming him for mass murder must seem like a sane thing to do.

Naturally, Cupp had plenty of supporters on social media, but blessedly got plenty of pushback, too. And, since much of it drew sharp contrasts between reactions like Cupp’s to Saturday’s killings and the attacks of those of evidently racist, anti-white extremists, it was scorching.

In particular, some users drew attention to Frank James, the black man who shot up a Brooklyn subway in April, and Darrell Brooks, the black man who rammed his car into a Christmas parade in Waukesha, Wisconsin, in November. In both cases, the racist history of the attackers was ignored or downplayed by liberals and their mainstream media supporters.

The same leftists and anti-Trumpers, like Cupp, who flocked to attack Trump and his supporters on Saturday before the bodies were even cold on Saturday took a considerably different tack in those cases. And Twitter users noticed.

Would it have been fair to say CNN & Democrats caused the violence perpetrated by the Brooklyn and Waukesha murderers, since they publicized left wing racial narratives before their attacks? Would that be reasonable to do 2 hours after their terrorism?

As it was real in the NY subway and Waukesha

Now do waukesha and the NY subway shooter.

And that’s without even getting into the alleged gunman’s “manifesto,” which, according to the New York Post, carried the kind of “white supremacist” themes leftists fantasize about, but also included at least one detail that didn’t fit the comfortable liberal narrative.

He describes himself not as the right-wing boogeyman of fevered liberal imagination, but as being in the “mild-moderate authoritarian left” category — which sounds a lot more like Bernie Sanders (and Elizabeth Warren) than it does Donald Trump.

Well, he says he is an “authoritarian left” pic.twitter.com/FYwAdZEtb3

Now, there’s no doubt we’re going to hear much more about this alleged gunman in the coming days — much more than we’re ever likely to hear about Messrs. Brooks and James for the rest of our lives, in fact.

And there’s no doubt that the mainstream media outlets are going to pile from every angle that suits their political agenda, the same way they pay almost no attention to crimes that don’t suit that agenda (like last year’s grocery store shooting in Colorado that turned out to have been committed by a Syrian-born Muslim).

That’s all sadly, pathetically predictable. Just like it’s predictable that the NeverTrumpers are going to use it to try to smear the political party and movement they’ve abandoned in a strange fit of philosophical and political appeasement.

They were doing it as soon as the news broke on Saturday — and before the blood was even dry.

Continue reading: NeverTrumper Blasted for Blaming MAGA Movement for Buffalo Shooting – Before the Blood Was Even Dry ...