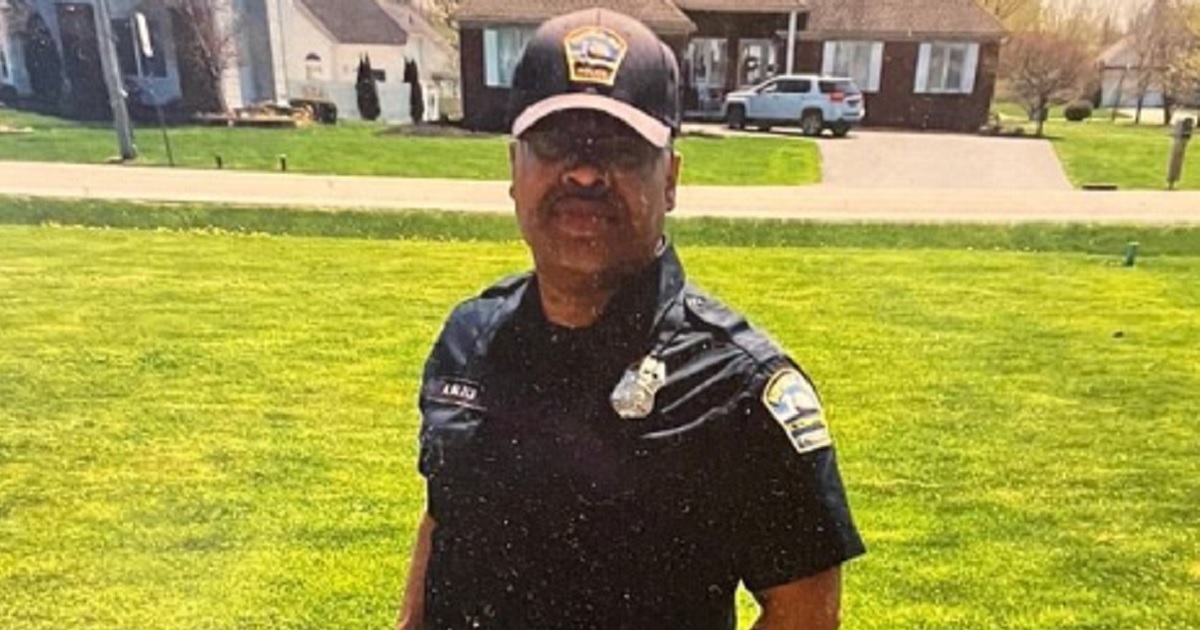 The following article, Meet the Retired Officer Who Died Unloading His Gun Into the Buffalo Shooter But Couldn’t Overcome His Armor, was first published on Flag And Cross.

As a crazed killer began his massacre Saturday at a Buffalo-area supermarket, one man ran forward as everyone else ran away.

It was no use. Gendron was wearing body armor. Unharmed by Salter’s multiple shots, he fired back, killing the former cop,  according to WKBW-TV in Buffalo.

Aaron Salter attempted to stop the shooter by firing at the shooter, Payton Gendron. However, Gendron was wearing body armor and was not harmed by the shot. Gendron returned fire, killing Salter pic.twitter.com/LjdnXNhz5w

Aaron Salter Jr, the security guard who shot the Buffalo mass shooter, was killed when the mass shooter, who was wearing a bulletproof vest, returned fire. pic.twitter.com/O2oXeniYJn

According to Salter’s LinkedIn bio, he was a police officer for 27 years.

“I’m pretty sure he saved some lives today. He’s a hero.”

Salter was the father of three, and had joined the Buffalo police straight from high school.

“I had the pleasure of knowing him, great guy, well respected, well-liked. This is just horrific. It’s tragic. I don’t know what other words to describe it,” Buffalo Police Benevolent Association President John Evans said, according to WIVB-TV in Buffalo.

Adam Bennefield, a cousin of the slain hero, said the tragedy has shocked the family, according to The Daily Beast.

Shonnell Harris, an operation manager at the store where the shooting took place, noted that people were packed together, according to  The Buffalo News.

“It’s the weekend, so it was packed,” she said.

She estimated she heard 70 shots.

The accused gunman, 18 years old, was arrested at the scene, according to The Buffalo News. He was arraigned Saturday night on a first-degree murder charge, the newspaper reported.

In 1996, The slain hero had another brush with death.

“My first reaction was to duck,” he told The Buffalo News after a burglary suspect pointed a 12-gauge shotgun in his face. “I don’t enjoy looking down the barrel of a shotgun, and if it hadn’t been for my partner shooting first, it would have been a golden opportunity to shoot us. My partner probably saved us.”

Continue reading: Meet the Retired Officer Who Died Unloading His Gun Into the Buffalo Shooter But Couldn’t Overcome His Armor ...