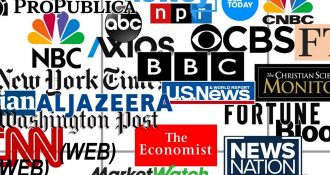 Kriegman detailed his firing in a posting at Substack in which he noted that his job is to follow the numbers and when he looked into BLM’s claim that blacks are being murdered in the streets by the police just don’t add up.

“The data was unequivocal. It showed that, if anything, police were slightly less likely to use lethal force against Black suspects than White ones,” Kriegman wrote.

Kriegman went on to say that he even sat on his findings for months because he feared that BLM’s rabid dogs would rip him to pieces.

But the false reporting eventually got to him.

“I continued to read Reuters’ reporting on the movement, and started to see how the company’s misguided worldview about policing and racism was distorting the way we were reporting news stories to the public,” he wrote.

Kriegman blasted the “pattern” where Thomson Reuters went from “ignoring facts that undermined the BLM narrative” to “just reporting lies.”

He finally got tired of his employer “misinforming” readers about the issue.

“I was distraught. Here I was trying to bring the company’s attention to how we were spreading lies that were contributing to the murders of thousands of Black people, and I was compared to a Klansman sympathizer, and forbidden by the company to discuss any of it,” Kriegman wrote.

Kriegman began sharing his data inside the company, but it led just where he feared it would. Instead of Thomson Reuters correcting the story and giving reader the truth, he was fired.

He ended his article hoping that Americans will see how “deeply compromised our news sources have become,” and to hold them accountable to the truth, even if it went against the “popular narrative.”

We all know that isn’t going to happen, of course. The media is an arm of the Democrat Party and only “reports” things that help the left.