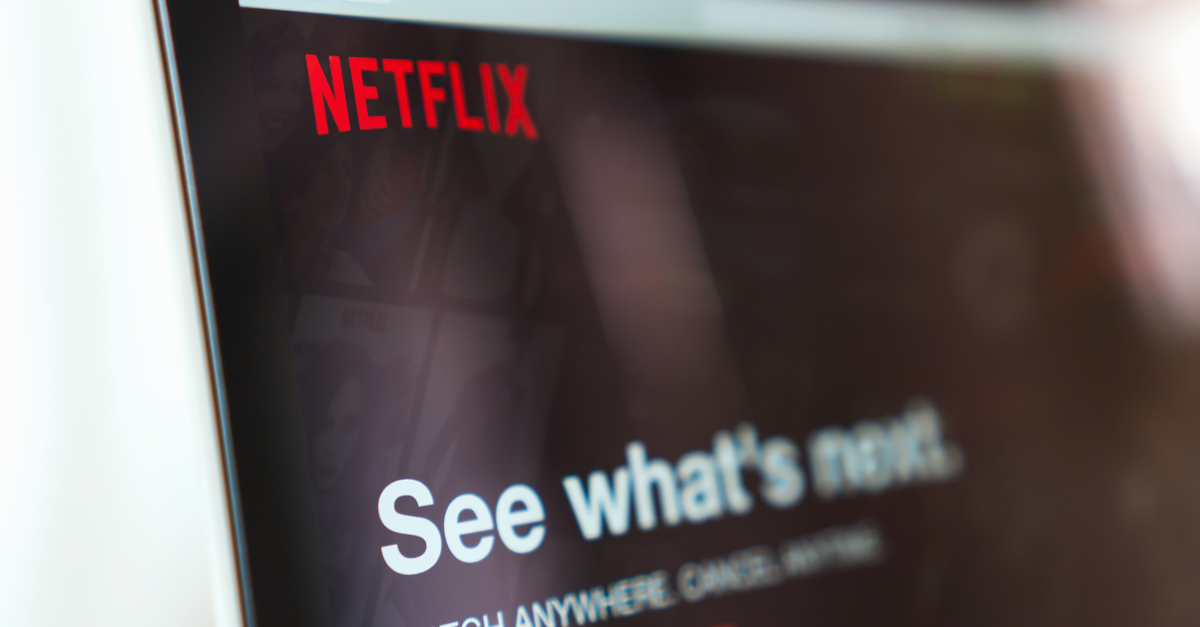 Many were outraged back in 2020 when Netflix added the movie “Cuties,” which sexualized preteen girls, and the service saw a large spike in cancellations during the backlash.

The company has alienated consumers with other “woke” content, including “Q-Force,” a cartoon about LGBT spies; “Dear White People,” a series accused of promoting anti-white racism; and “He’s Expecting,” the synopsis of which reads, “When a successful ad executive who’s got it all figured out becomes pregnant, he’s forced to confront social inequities he’d never considered before.”

That wasn’t enough for some Netflix employees, who mounted protests over a special by comedian Dave Chappelle that arrived on the streaming service in October.

Among his many points in “The Closer,” Chappelle declared that “gender is a fact” — a commonsense proclamation that infuriated a group of LGBT employees.

Those employees soon began agitating inside the company to force Netflix to cancel its commitments to Chappelle and to delete any programming he had made.

Netflix did not bow to the activists and lived up to its contract with Chappelle, but it also did not rebuke its employees for organizing against the comedian.

But now, after losing subscribers and seeing its stock value plummet — and in the wake of an attack on Chappelle during a live show in Los Angeles earlier this month — the company is taking a harder line against employees working to violate the free speech of entertainers.

According to Variety, Netflix sent out an update to its employee corporate culture statement that directly warns employees not to organize to thwart free speech.

The streaming giant made it clear that going forward, it will not “censor specific artists or voices” even if employees claim the content is “harmful.”

“If you’d find it hard to support our content breadth, Netflix may not be the best place for you,” the new section said.

That is a far cry from placating radical employees seeking to cancel the company’s programming.

“Entertaining the world is an amazing opportunity and also a challenge because viewers have very different tastes and points of view. So, we offer a wide variety of TV shows and movies, some of which can be provocative,” the new “Artistic Expression” section said. “To help members make informed choices about what to watch, we offer ratings, content warnings and easy to use parental controls.

“Not everyone will like — or agree with — everything on our service. While every title is different, we approach them based on the same set of principles: we support the artistic expression of the creators we choose to work with; we program for a diversity of audiences and tastes; and we let viewers decide what’s appropriate for them, versus having Netflix censor specific artists or voices.

“As employees we support the principle that Netflix offers a diversity of stories, even if we find some titles counter to our own personal values. Depending on your role, you may need to work on titles you perceive to be harmful. If you’d find it hard to support our content breadth, Netflix may not be the best place for you.”

The streamer added that it comports with government censorship laws where applicable.

Last October, the company also fired one of the instigators of the internal protests for leaking internal metrics about how much Netflix paid for Chappelle’s comedy special, The Verge reported.

Netflix, of course, has a long history of pushing extremist, left-wing projects.

In addition to those mentioned earlier, the online entertainment giant aired a movie in 2019 that portrayed Jesus Christ as a homosexual involved in a same-sex relationship.

That same year, the company signed onto the boycott efforts against North Carolina after the state passed a law that required citizens in government facilities to use bathrooms that correspond to their sex.

In 2020, Netflix was criticized for adding a transgender character to the children’s series “The Baby-Sitters Club.”

Now, however, it appears the streamer may have realized that it’s a bad idea to allow its most extreme employees to dictate how it operates.